Some Parts of County Without Phone Service for Over A Week 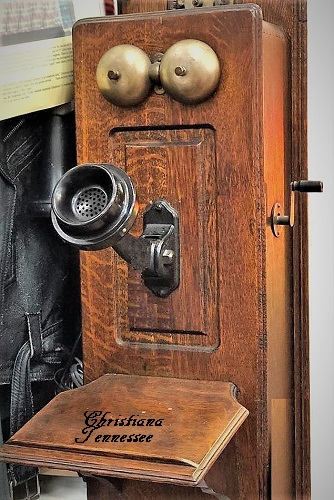 (CHRISTIANA, TN) Can you imagine having your "land line" telephone service go dead on Christmas eve, and still not having service or knowing what the problem might be. That's what some AT&T customers are telling WGNS.

One person told WGNS that their cell phone signal is not reliable, and they have a "hard line" phone to communicate with relatives in other parts of the county.

They said, "I called AT&T and was told that the cable was cut, but it's difficult to get more than very basic information from their call centers using representatives who are not in this area."

The frustrated customer noted, "I have not been able to speak to a local engineer or representative. This is significant because I live in the rural parts of Rutherford County where, believe it or not, cellphone service, even outdoors, is sporadic. The communications infrastructure is notably limited, unlike in other parts of the county."

WGNS had no problem connecting with the Tennessee Public Service Commission in Nashville, this state's regulatory agency that was established in 1996 and charged with the responsibility of setting the rates and service standards of privately owned telephone, natural gas, electric, and water utilities.

The Link Road resident commented, "A week without phone service is also newsworthy because of the need to stay in touch with elderly and for lifeline purposes. It is as if the people who can make a difference, are ignoring or low-prioritizing the underserved or unserved areas of this county--all at a time when Rutherford County is on the verge of becoming the 4th largest county in the state. That makes this situation shamefully newsworthy."

As the federal government prepares for the 2020 census, forecasters feel that Rutherford County's population may have already reached 347,974, which makes this the fourth largest in the Volunteer State.

Now, it's a week and counting as some telephone customers in the Eagleville/Rockvale/Christiana areas remain without service.

The New Year may be filled with exciting technology, but unfortunately--it won't work in all parts of Rutherford County.

NOTE: If you are experiencing these outages, please e-mail WGNS at news@wgnsradio.com.