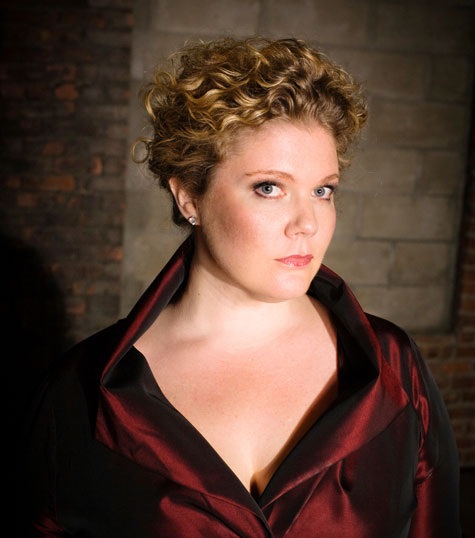 Holli Harrison, professional soprano from New York's Metropolitan Opera, will perform an exclusive, one-night only concert benefiting the Ethos Youth Ensembles on Tuesday, March 1 at 7pm at the Center for the Arts in Murfreesboro (110 West College Street).

Nashville resident and Tennessee native Holli Harrison, who began her studies at Middle Tennessee State University, is a Grand Prize Winner of the 2006 Metropolitan Opera National Council Auditions. Ms. Harrison made her debut on The Metropolitan Opera stage earlier this year in the role of Berta in Bartlett Sher's critically acclaimed production of Il Barbiere di Siviglia. Other significant roles include Marianna Das Liebesverbot, Boule de Suif The Greater Good World Premiere (Glimmerglass Opera), and her role debut in Don Giovanni at Fort Worth Opera, where Opera News described her Donna Elvira as possessing:

"...a gratifyingly strong and consistent soprano that sustained full power in the low register. Harrison's Elvira was a pretty tough lady, in both her vocal heft and her regal bearing."

Ms. Harrison will perform works by Strauss, DuParc, and Copland and will be accompanied by the Ethos Philharmonic, a youth orchestra comprised of students from across Middle Tennessee. The Ethos Youth Ensembles serve over 150 local youth grades 2-12 with three orchestras, a Wind Symphony, jazz ensemble, and children's choir.

"Holli is heralded as one of America's most promising young dramatic sopranos," says Dr. Brian Russell, Music Director of the Ethos Youth Ensembles and conductor of the Ethos Philharmonic. "The students of Ethos are excited to accompany such an accomplished musician and the audience will most certainly be thrilled with her voice."

Tickets to this event are $50 and include an after-concert reception with the artist sponsored by the Murfreesboro Symphony Guild. Tickets can be purchased online at www.EthosMusic.net or by calling 615.668.7480.