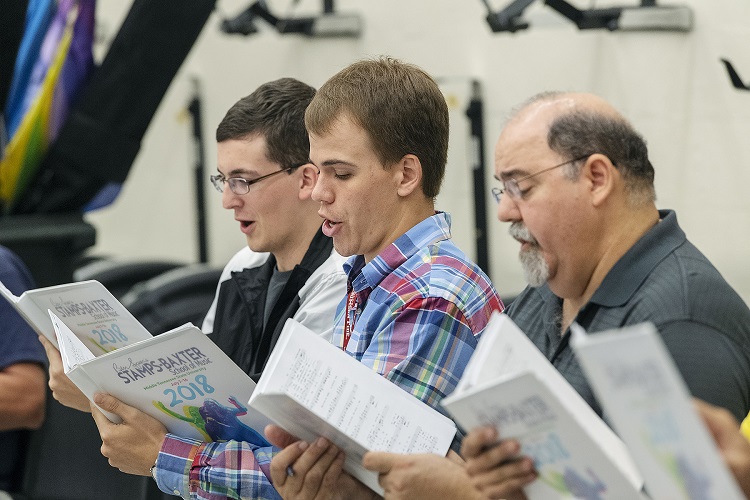 A tradition that began in the mid-1920s and reemerged in the late 1980s after decades of hiatus returned this summer to Middle Tennessee State University's Wright Music Building for a weeklong event focused on vocal and piano training.

This year's camp started July 7 and concluded Saturday, completing three decades at MTSU after being resumed in 1988 by gospel music legend Speer, a member of both the Gospel Music Association Hall of Fame and The Southern Gospel Music Hall of Fame.

Now directed by Speer's son, Steve, the school's mission is to strengthen the talents of attendees through private lessons, music theory, sight reading, ear training and much more.

"Southern Gospel music is a unique genre of music that primarily consisted of a four-part harmony -- the base, baritone, tenor, and what some people call the second tenor," said Steve Speer. "There are also some groups like my family's group that included women, which created the new way -- alto, soprano, baritone and base."

Throughout the week, participants attend worship service after breakfast, go to classroom sessions, group singing, and workshops before lunch, and at night everyone enjoys "supper" before attending a concert, having open mic night, and free time.

Many of the Stamps-Baxter instructors have been involved for years, and they stick around because they believe in what the program has to offer.

Kenna Turner West, who has been with the camp for eight years, is a Dove Award-winning singer/songwriter who does private lessons in songwriting for the program. West also has strong Southern Gospel roots, having sung with the well-known Blackwood Brothers after joining the group in the early 80s as a teenager.

"I believe that the overall goal for this school is to equip men and women to fulfill their calling if they feel called to music," said West. "They come here to learn the skills and techniques, but it's amazing to be a part of whatever skillset they have mastered when they leave."

Twenty of this year's 50 participants were returnees like Brent Boutelle, a 17-year-old pianist who has been homeschooled for six years and is amazed at how much he has improved since being involved with Stamps-Baxter.

"I'm a musician, and I really wanted to better myself," Boutelle said. "I enjoyed my first time here a lot, and I find myself improving each time."

The school's website promises each participant that they will sing better or play better by the end of the week or they will get their money back.

"My father believed that the quality of Southern Gospel music would improve when people learned more about what they were singing," Steve Speer said.