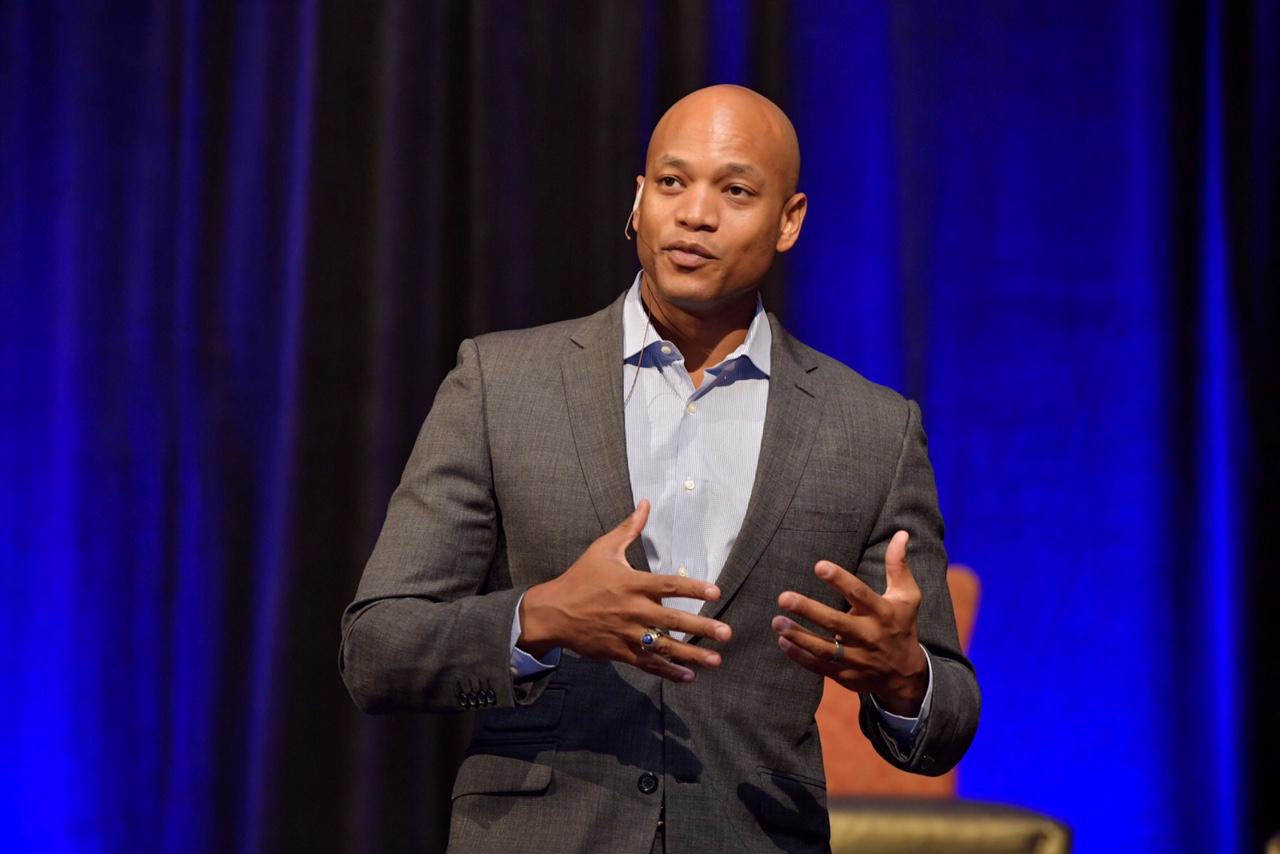 Making time for yourself to discover your passions and determining who you're willing to fight for in life were two of the key messages delivered by keynote speakers Friday at MTSU's 21st Century: Work That Matters conference at Embassy Suites.

Hosted by MTSU's Jones College of Business, the half-day personal and professional development conference drew more than 200 attendees, including MTSU faculty, staff and students as well as a variety of people from the wider business and professional community.

"One of the most important things we can do is reach out to the broader community," Jones College Dean David Urban said. "And we like the idea of getting people from outside the university together with people inside the university because it demonstrates to the broader region how engaged Middle Tennessee State University and the Jones College really are in the improvement of personal and professional lives in this region."

Keynote speaker Jessica Turner, an entrepreneur, best-selling author and award-winning marketing professional, spoke on "Discovering Your Passions." A wife and mother herself with a fruitful schedule, Turner told the crowd it's critical to take inventory of how we use our time and find ways to redirect unproductive time -- such as mindlessly consuming social media -- toward the things we're most passionate about.

"Prioritize and say no to some things," said Turner, lamenting how some people spend so much of their time on others that they've actually forgotten their own passions. "Saying no is one of the hardest things to do, but is one of most rewarding things to do. ... Say yes to what really matters and what you really need to do."

MTSU student Daniel Vincent, a sophomore aerospace major from Lynchburg, Virginia, said Turner helped him realize that even at the young age of 19, it's not too early to take inventory of what he's doing on a daily basis.

"It opened my eyes up to how much a person can do," he said. "It's all about time management and she did a great job of explaining that you do have time."

Moore would eventually write nonfiction bestseller "The Other Wes Moore," the story of how he and another man with the same name shared similar pasts but ended up taking very different paths in life, the other Moore now serving a life sentence for his role in an armed robbery that resulted in the death of an off-duty police officer in Baltimore more than a decade ago.

Moore told the crowd Friday that he benefited from having role models, mentors and advocates around him who gave him the time and space to mature and understand what freedom really meant. He said it's the responsibility of each of us to reciprocate.

"Potential in this country is universal, but opportunity is not," he said, adding that all of us can play some role in bridging that gap.

"The most important question is who did you choose to fight for, to advocate for, to fight for when it wasn't easy or wasn't convenient. ... Our ability to actively fight for others will not just be important now, but will be important long after we're gone."

Cayman Seagraves, an MTSU sophomore business finance/real estate major from Atlanta, was inspired by Moore's story as he and a group of other MTSU students try to grow their real estate business, Blue Raider Realty.

"His story was amazing, and I realize how important it is to have a story behind what you're doing," Seagraves said. "I want to be passionate about something like he is. I don't think I've found it yet, but I think I'm on the verge of something."

The conference was co-hosted by the Jennings. A. Jones Chair of Excellence in Private Enterprise, First Tennessee Bank, and the Rutherford County Chamber of Commerce.

For information about the Jones College, visit http://mtsu.edu/business.