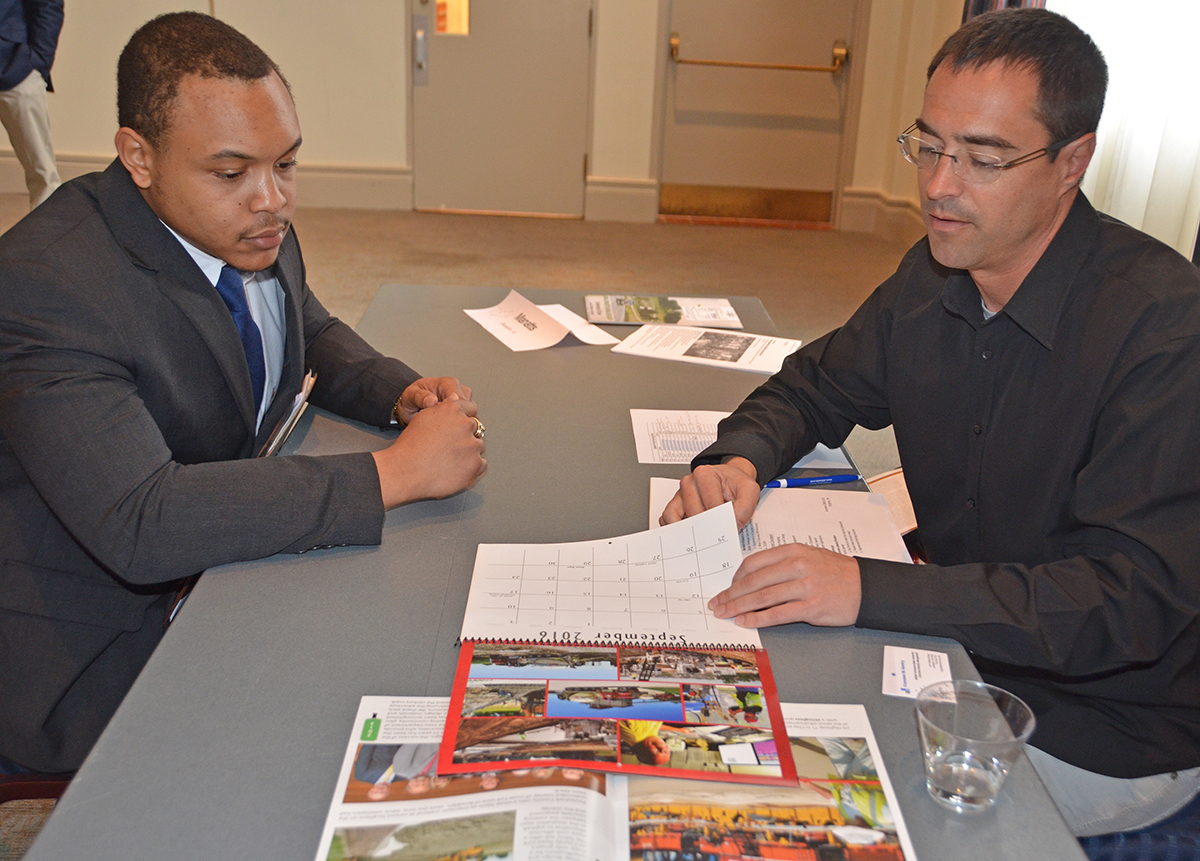 To get a jump-start for summer employment, 26 MTSU Concrete Industry Management students utilized a speed-networking environment to catch recruiters' attention.

Nicole Green, the department's marketing and recruiting coordinator, brought in 18 companies from the industry for the speed-networking event held in late February in the Tennessee Room of the James Union Building.

MTSU Junior Traelyn Colquitt said that meeting with future employers and interviewing with them on the spot was tough, but good for him and other students...

Concrete Industry Management, one of the university's signature programs, holds these types of events because it helps students meet face to face with potential full-time employers following the internship process and graduation.

"It was nerve-wracking, but truly a blessing," said Traelyn Colquitt, a junior concrete and construction major from Kingston, Tennessee. "To be able to do college and potentially have three internships is something you shouldn't take for granted."

"Getting to network with various companies is something other majors (at MTSU) get a chance to do," she added. "It gives me a look into the industry and future career path."

Less than a week after the event, two companies had hired one student each (and wanting to hire at least one more), 11 companies wanted to conduct additional interviews and seven companies -- unable to attend the speed-networking event because it had to be capped because of a lack of space in JUB -- want to schedule interviews with students.

Six MTSU alumni from five of the participating companies attended.

To learn more about the CIM program, which is one of 11 departments in the MTSU College of Basic and Applied Sciences, visit http://www.mtsu.edu/programs/concrete-industry/ or call 615-494-7658.