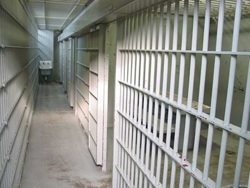 Officials say there are more than 800 staff vacancies in Tennessee's public and private prisons amid ongoing complaints from employees, inmates and others about pay, benefits, safety and other concerns.

State Department of Correction spokeswoman Neysa Taylor tells The Tennessean that currently, there are 519 vacancies at the state's 10 public prisons, representing roughly 11 percent of the workforce.

Taylor says her agency is looking at new ways to recruit and retain employees.

Jonathan Burns, spokesman for CoreCivic, the company previously known as Corrections Corporation of America, says there are 306 vacancies at Tennessee's four private prisons. That represents a vacancy ratio of 18.6 percent.

Burns says vacancies represent the total possible number of positions at each facility, not the number needed to keep the facilities safe and secure.