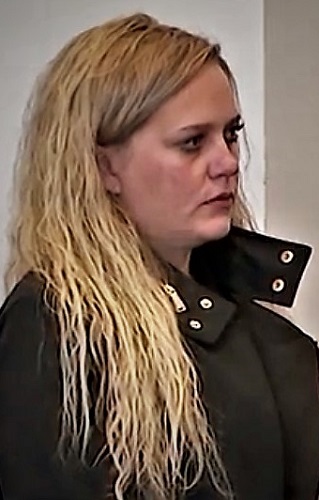 (NASHVILLE) The Secretary of State's Administrative Procedures Division released an agreed upon order imposing civil penalties and a voluntary revocation in the Kelsey Ketron case, A "criminal trial" is still set for April. See the agreement HERE.

Under this agreement, Ms. Ketron's insurance producer license was revoked, she will pay $23,000 in civil penalties, and she agreed to cease and desist from any insurance-related activities requiring a license from the Department.

The agreement states that Kelsey Ketron waives all rights to further procedural steps and judicial review or otherwise challenge or contest the validity of the order.

It is not known what effect this ruling from the Tennessee Department of Commerce and Insurance will have on Ms. Ketron's crimial trial that is set for April. She faces more than 70 counts of insurance allegations. In addition, she is accused of taking over $65,000 from her father's political action committee and campaign accounts.

CLICK on the ruling below to read the entire judgement from the Tennessee Department of Commerce and Insurance. 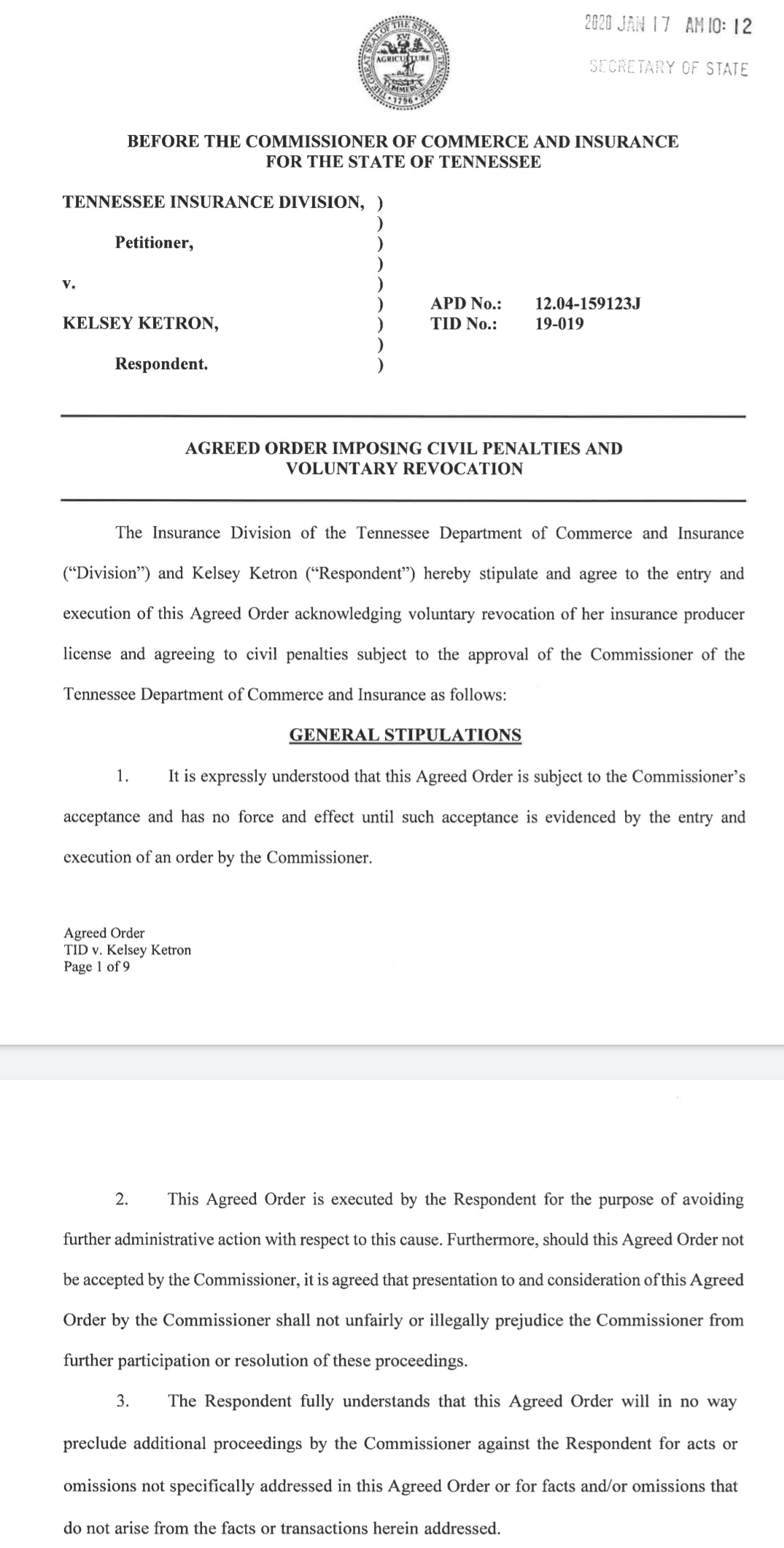 DISCLAIMER: All suspects are presumed innocent until proven guilty in a court of law. The arrest records or information about an arrest that are published or reported on NewsRadio WGNS and WGNSradio.com are not an indication of guilt or evidence that an actual crime has been committed.