State Rep. Joe Carr Speaks Out About Abortion and His Pro-Life Stance 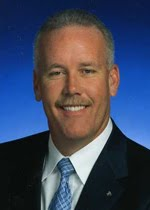 Republican State Representative Joe Carr marked the 41st anniversary of the Roe v. Wade decision by calling on a renewed focus on protecting life and reaffirming his support for a constitutional amendment to protect the rights of the unborn, according to a recent press release.

“Protecting the unborn is a cause that must remain at the forefront of our agenda as a party and as a conservative movement.  If given the opportunity to serve in the U.S. Senate, I will continue to be a strong and steadfast advocate for those without a voice and will fight for legislation to restrict and ultimately end abortion through a constitutional amendment.”

“I’m the only Republican candidate who can be trusted to fight for the unborn. Senator Alexander sometimes claims to be pro-life, but he has made it clear on repeated occasions that he does not support a constitutional amendment protecting life. His unwillingness to stand for the unborn is unfortunate, and yet another reason why he should not be given a third term,” said Joe Carr.

In addition to his strong public stand for the unborn, Joe and his wife Ginny are strong advocates of adoption, proud parents of Erin, Maddie, and their adopted son, Joe Jr.