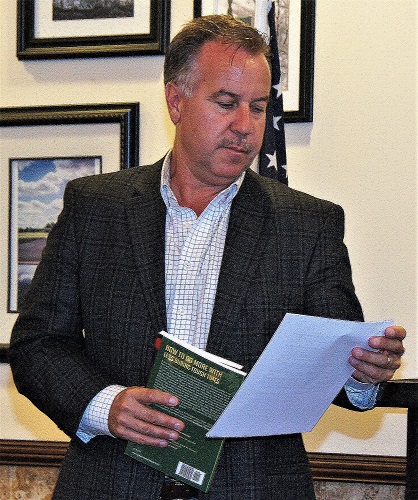 Sparks said, "I am very proud of the efforts of our Tennessee General Assembly. With both Republican and Democrat support we had some much-needed reforms in these areas of civil asset forfeiture. I am confident we are moving the right direction to end the oppressive emissions testing mandate. I'm reminded of the quote from President Ronald Reagan, 'The most terrifying words in the English language are: I'm from the government and I'm here to help.' Many times elected officials and bureaucrats create more problems that encroach on our freedoms with more regulation and mandates, many times government is the problem."

Sparks noted, "The $9 emissions testing fee is not only harmful to vehicle owners in counties where testing is mandatory but the cost of automotive repairs that may or may not take care of the emissions problem. Often the auto repairs are very burdensome to those who can least afford them."

"It's not uncommon for me to hear from several constituents that they spent $750 in order to pass emissions. Many times the check engine light code may not have anything to do with the air quality coming from the tailpipe. I've known of many residents who will register their cars in another county when their vehicle will not pass, thus our county loses the $81.50 for the license plate renewal."

Frank Caperton is host of the Murfreesboro Evening Rotary Club. It meets at 6:30PM on the 2nd and 4th Tuesdays of each month at Murfreesboro's Gondolier Restaurant, 219 N.W. Broad Street. For more information please contact Frank Caperton call/text 615-476-7823 or email Frank@Frankcaperton.com.