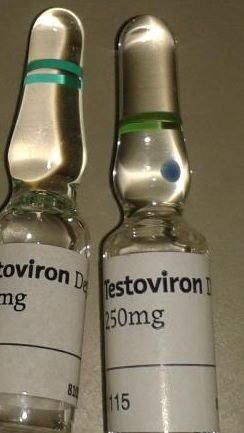 A vile of steroids and 24-needles were located in a car pulled over for a registration violation on Wednesday in Murfreesboro. When police questioned the 18-year old suspect, he was evidently breathing heavy and also shaking.

Police say they smelled marijuana and as a result of the smell, they told the driver that they would conduct a search of his truck. Behind the driver's seat, officers found 28-grams of marijuana in a jar. Police also discovered 24-needles, syringes and a vile of steroids. The report states, "[The suspect] claimed possession of all the marijuana in the vehicle." A passenger in the truck claimed possession of the steroids, needles and syringes. That passenger was 18-year old Max Jones.

The driver of the car was arrested on a drug charge for the marijuana and the passenger was charged for possessing the steroids, but the story does not end there. A backpack in the car contained jewelry that passenger Max Jones told authorities was stolen. Jones, who was issued citations in the traffic stop, told police he was holding the jewelry for someone else. A detective arrived on the scene to inventory the jewelry. More charges could be filed if authorities are able to determine who stole the goods and where the theft occurred.