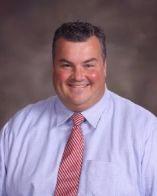 MTCS is looking for a new football and baseball coach. Brian Stewart told students at MTCS Thursday he's accepted a position at Memphis Briarcrest as head football coach. He returns to Briarcrest, where he was football coach before going to Jackson Christian.

The Cougar football team made the playoffs this year, finishing 6-and-5. Stewart was also the MTCS baseball coach for the past two-years, leading them to the District 9A Championship last year. The Cougars were also a region semifinalist, finishing the season 25-8-1.

Stewart's departure, after three years at MTCS, leaves the school looking for their fifth football coach in the nine-years they've had a program. Head basketball coach Jason Piercey, who was co-Athletic Director, will take over those reponsibilities. Jamie Carver has been named interim head baseball coach. President Phil Ellenburg and Secondary School Principal Todd Miller will immediately begin the search for a new football and baseball coach.