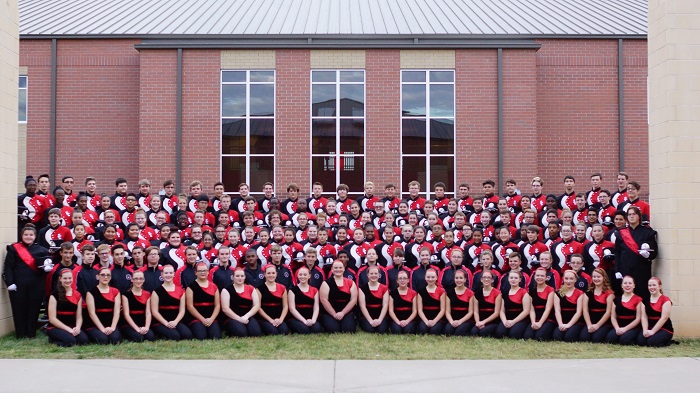 With an entire complement of 214 passengers, the members of the Stewarts Creek High School band and family members will leave their homes Wednesday, Nov. 23, bound for Hawaii and the upcoming 75th anniversary commemoration of the attack on Pearl Harbor.

The group will travel nine hours across the Pacific to the island of Oahu as one of 30 selected bands from across the United States selected to perform in the Waikiki Holliday Parade and special performances commemorating the Pearl Harbor attack.

"For many students, this will be the first time traveling in an airplane, and for a majority of the students, this will be the first time to visit the Aloha state," Band Director Michael Chester said in a press release. "The students have been working as individuals and in sections, learning music for the special performances. With several ranking members of the United States Armed Forces present at the performances, band members have been learning parade protocols and Department of Defense etiquette. For the Stewarts Creek High School Band, details matter."

Band members will spend the better part of seven days exploring the beauty of the region and having the chance to visit many of Oahu island's historical and cultural landmarks. In addition, the band members will have an opportunity to learn and engage with members of native Polynesia, Chester said.

The Stewarts Creek High School band members will perform at Ford Island and the Pearl Harbor Naval Station. The members will also pay homage and respects to the fallen at a special wreath laying ceremony scheduled at the USS Arizona Memorial.

A performance of a lifetime is no easy task to accomplish, Chester said.

The Stewarts Creek High School Band has been planning and fund raising for the better part of two years since the notification of their acceptance in November 2014.

"One of the most special and meaningful aspects of the planning process has been the huge outpouring of community support both within the Town of Smyrna and the surrounding areas," Chester said. "Even having such support and encouragement in our own building with our administrative team, led by Dr. Clark Harrell, and even members of the Rutherford County Board of Education, has made the planning and preparation for this trip something that is truly enjoyable."

The band will leave Nashville International Airport in the early morning hours of Nov. 23 for Hawaii and will return on Nov. 30.