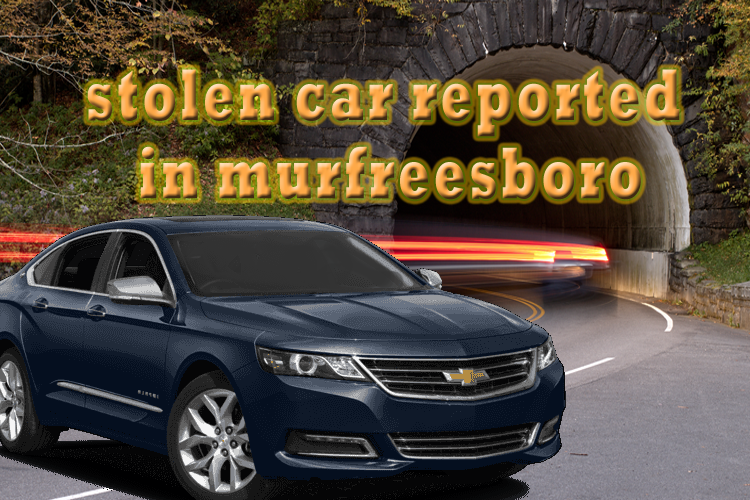 A brand new Chevrolet Impala worth a little under $40,000 was stolen in Murfreesboro. The car was believed to have been stolen from the parking lot of Woodgate Farms apartments on St. Andrews Drive.

According to a police incident report filed during the early morning hours of October 2, 2018, The car was taken when the owner was out of town. When he returned, the Impala was missing.

The owner told officers that when he left the car was securely locked.

Reports indicate the car was recently purchased at a dealer in Shelbyville, Tennessee.

No suspects have been named at this point.