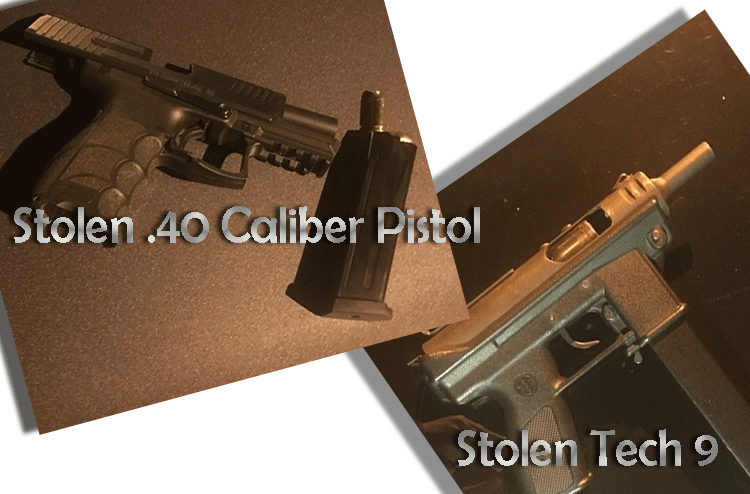 A gun stolen from a recent Rutherford County gun store burglary has been recovered in the Nashville area.

Metro Nashville Police in Madison were in the right place at the right time to quickly intervene in an armed robbery this past Friday night at Falcon View Apartments on E. Palestine Avenue.

Due to recent nighttime robberies in the area, officers in unmarked vehicles strategically placed themselves so that they could keep a close eye on the parking areas. While officers watched, three men approached an individual seated in his car. One of the men suspiciously pulled up the hood on his jacket as he neared the vehicle. Officers quickly approached as the three men tried to rob the victim. All three ran.

One of the suspected robbers, Demecko Ferguson, 21, was found to be carrying a .40 caliber semi-automatic pistol loaded with 10 rounds that had been reported stolen in a Rutherford County gun store burglary. A bag of marijuana and a Tec-9 semi-automatic pistol were found during the search for the other two suspects. The Tec-9 was reported stolen in Nashville in 1998.

Ferguson is charged with aggravated robbery, weapon possession in the commission of a dangerous felony, and possessing a stolen gun. He is jailed in lieu of $96,000 bond.

*Ferguson's photograph is being withheld pending the showing of photo lineups in other robbery cases.