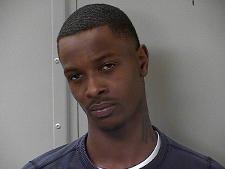 A handgun that was stolen from Signal Mountain, Tennessee was recovered during a traffic stop in Murfreesboro on Wednesday, April 18, 2018.

During the stop, the arresting officer noted there was a smell of marijuana upon approaching the vehicle. With probable cause on the officer's side, police found 6.2 ounces of marijuana inside the car - which is about half the weight of a 12 ounce soda. Police also found 32 clear plastic baggies that are commonly used for drug sales.

In a bag found in the car police took possession of over $1,000 in cash and a Glock .40 handgun. Evidently, the gun had one bullet in the chamber and 12 additional bullets in the gun magazine.

When the serial number of the gun was checked in the National Crime and Information Center Database, it was confirmed to have been reported as stolen in Signal Mountain, TN.

In addition to a gun, cash and weed being seized as evidence... a cell phone was also taken by police. The gun will be sent to the Tennessee Bureau of Investigations crime lab for analysis to determine if it matches any guns used in recent crimes.

19 Year old Michael M. Benning of Chattanooga was charged with manufacturing or the sale of a schedule six drug, possession of a handgun during a felony, theft and possession of drug paraphernalia. Benning will face the courts in Rutherford County on July 26, 2018.