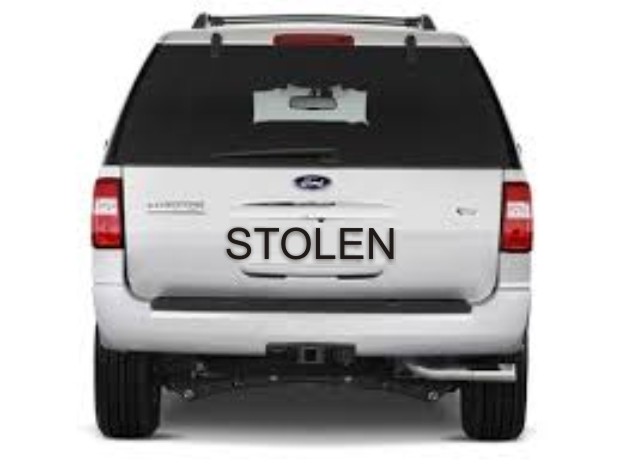 Murfreesboro Police found an SUV that matched the description of a stolen vehicle and confirmed their thoughts when running the tag on the back of the Ford Expedition. The SUV was first observed by Officer Jeff Carroll in the parking lot of the Regal Inn in Murfreesboro.

The Officer then began a search of the area for the driver. Police knocked on the motel doors in the area of where the Expedition was parked, but everyone claimed they did not know who it belonged to. The guest in room 504 went as far as telling police they actually walked to the Regal Inn, suggesting the SUV was not his. However, the story did not prove true when the officer noticed a set of Ford keys sitting on the coffee table in the room.

Motel guest Alan J. Lewis, age 28, gave the key to Officer Carroll who attempted to unlock the door of the Expedition with the newly found key. Evidently, the key unlocked the vehicle on the officer's first attempt.

Stories quickly changed and Lewis told police he bought the SUV from a man named Mr. Murray for only $75. Keep in mind that newer model Ford Expedition's retail for a minimum of $43,000. Lewis was charged with "Theft Over $10,000."

Police searched the motel room and located a box of ammunition and a loaded Smith & Wesson revolver. The gun was under a sofa cushion. 38-Year old Daniel Burns, who was staying in the motel room, has several felony convictions, some of which deal with aggravated assault. Tennessee Laws do not allow for convicted felons to possess a gun so Burns was arrested and charged with "Felony Possession of a Firearm."

The duo will face the courts on January 28, 2016. Both Lewis and Burns remain behind bars and have not made bond as of Thursday morning.