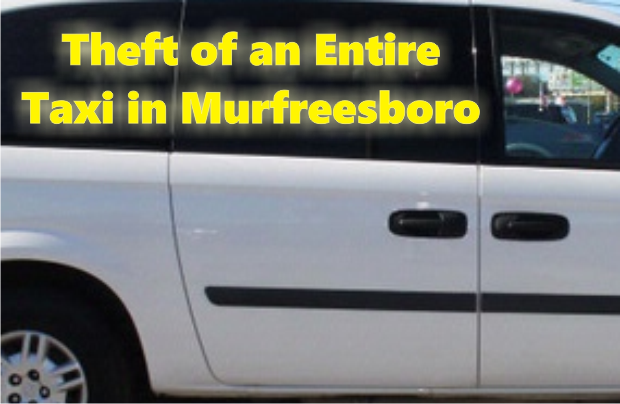 Middle Tennessee Taxi owner Johnny Baxter called police to report that he believes one of his drivers actually stole the minivan he was driving. Baxter told officers that the driver dropped off his last fare at the Clarion Inn and has yet to return the taxi. The police report shows that the driver has not been reached by phone or radio. Both radio calls and phone calls have been unsuccessful.

The van was a 2007 Dodge Grand Caravan model. It was white in color and the commercial tag on the back is CBO5495.