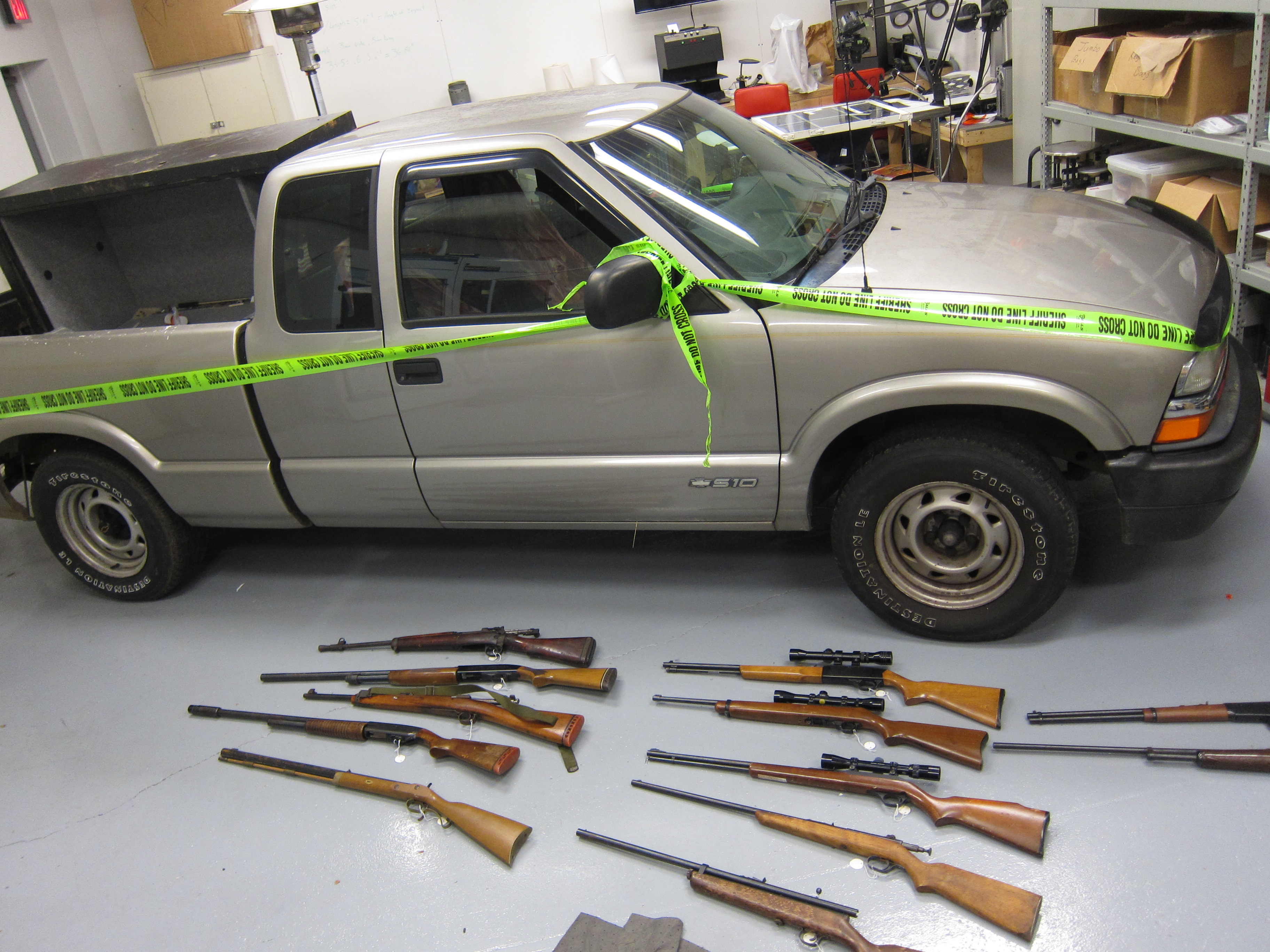 Two suspects accused of loading a gun safe onto a victim's truck and stealing both the safe and truck were charged by Rutherford County Sheriff's Office detectives.

Suspect John Michael Green, who will turn 21 next week, of North Meribeth Street near Christiana and a 16-year-old boy were charged with theft of property, said Detective Scott Tillman. More suspects and charges are pending.

They allegedly stole the gun safe filled with handguns, rifles and shotguns Feb. 16 from a home on Sledge Road, the detective said. Before leaving, the suspects loaded the large gun safe onto the victim's Chevrolet S10 pickup truck and drove away. Loss was estimated at more than $2,500.

The truck was recovered Feb. 19 in a field off U.S. Highway 231 South (Shelbyville Highway) near Green's house. The safe was torn open with the guns missing.

"We believe they were trying to circulate the guns back in the community," Craig said.

Tillman said several guns were still missing along with an ivory chess set.

In a related investigation, Craig said two dirt bikes were stolen Feb. 12 from a home on Ridley Earp Road near the Buchanan community. The victim posted pictures of the bikes on social media, which led Craig to the Barfield community where witnesses told him Green and the same boy sold the dirt bikes to a buyer.

"We recovered the two stolen bikes from the buyer," Craig said.

Craig charged the juvenile with theft Wednesday. Charges are pending against Green.

Green was released on bond. His hearing is set April 3 in General Sessions Court. The boy is being held in the Juvenile Detention Center.

The juvenile is on probation from unrelated charges and was arrested multiple times, Tillman said.