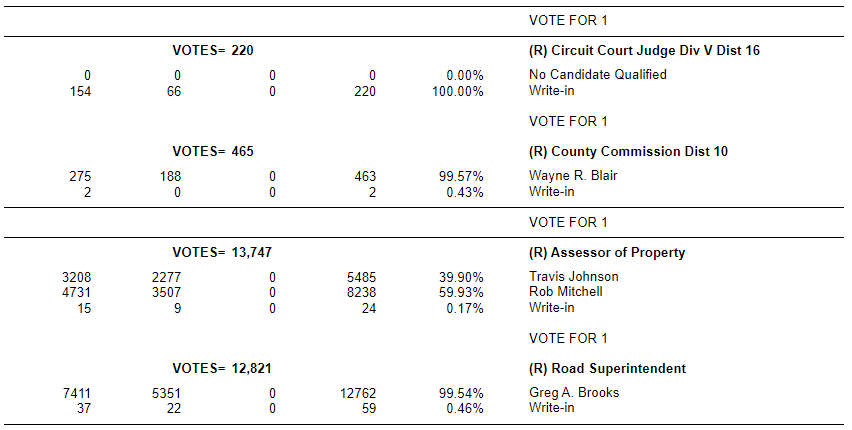 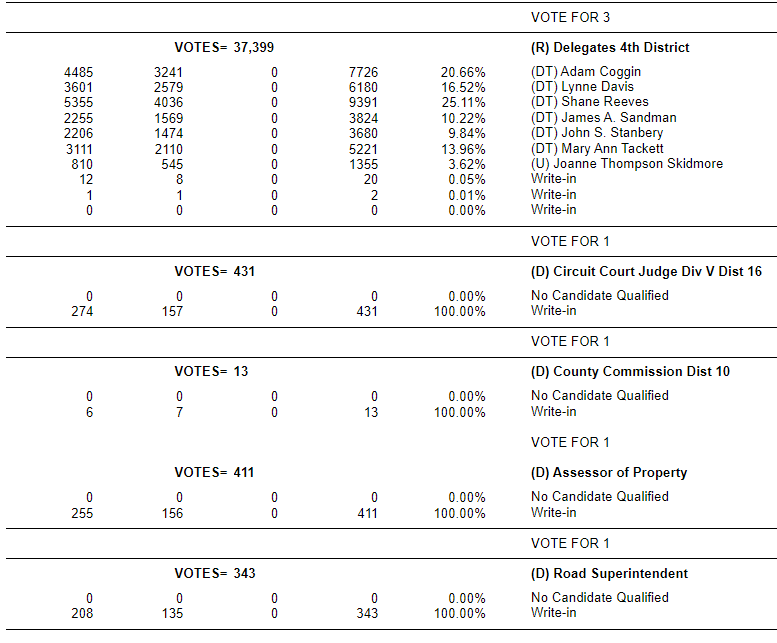 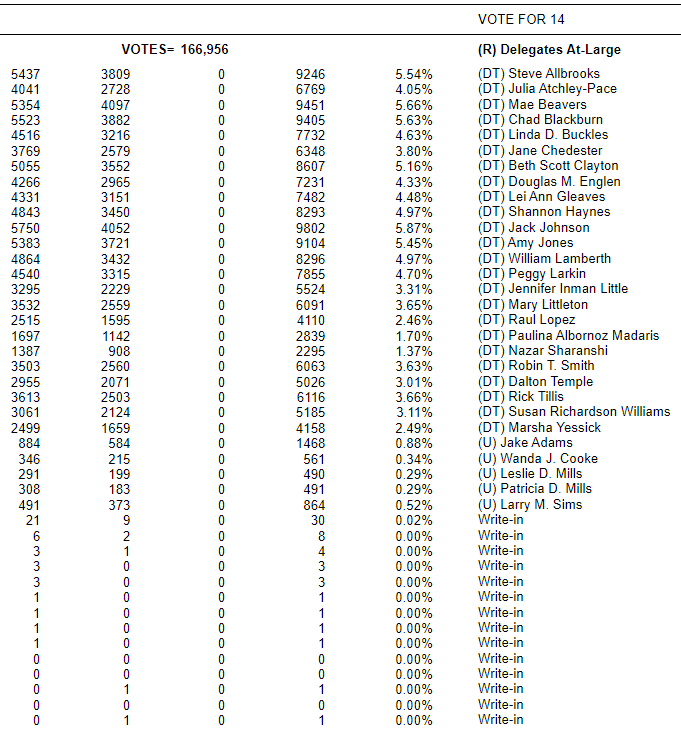 Delivery of electronic chips from each vote center. High security as election commission officials take the chips to the county's main computer.

(MURFREESBORO) SUPER TUESDAY in Rutherford County, TN attracted 22.56 per center of the registered voters. On election day a total of 25,281 persons voted, and 14,126 individuals took advantage of early voting. That means the early and election day totals was 39,407 of the 174,647 registered voters here.

March 3, 2020 was the PRESIDENTIAL PREFERENCE PRIMARY and the RUTHERFORD COUNTY PRIMARY.

In several places on the ballot, it was noted that NO CANDIDATE QUALIFIED. Yes, there was an opening for that position, but no one "timely filed" their application. However, in some of those races, there were write-in candidates. The attorney for the Rutherford County Election Commission explained that since there was "no candidate who timely filed", there would also be NO write-in to qualify. The attorney explained, since this was the "primary race", when the "general election" is held, the candidates will be on the ballot as INDEPENDENTS.

NewsRadio WGNS was at the Rutherford County Election Commission throughout the evening, where updates on SUPER TUESDAY were intertwined with the High School Boy's Regional Semi-Final broadcast. By the way, here are those scores:

Click below to hear some of the actual broadcasts from the Rutherford County Election Commission on the south side of the Historic Murfreesboro square These election broadcasts were all within the "live coverage" of high school semi-final playoffs.

9:30 UPDATE:
This broadcast in the March 3, 2020 election coverage included final count (28 of 28 voting centers + early vote calculated). In addition, it includes an interview with Assessor of Property Rob Mitchell.

8:30 UPDATE:
This broadcast in the March 3, 2020 election coverage updated

8:10 UPDATE:
This broadcast in the March 3, 2020 election coverage updated totals.

The Cannon County Election Commission has announced the following numbers from the primary. 1,172 persons voted on election day, Absentee and early votes 453, combined it produced a total of 1,625 persons voting.

In two middle Tennessee counties (Wilson and Maury) citizens voted to increase sales tax with the increases going to education.

The Total Picture for RUTHERFORD COUNTY Election on March 3, 2020

CLICK HERE for the totals for each position on the ballot in Rutherford County, TN