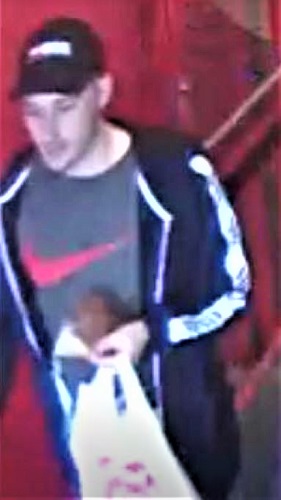 (MURFREESBORO) One man appears to have gone on a shopping binge in the 'Boro, but Murfreesboro Police say the culprit was using someone else's credit card.

Public Information Officer Larry Flowers explains that the suspect broke into a vehicle in Tullahoma and reportedly took a credit card.

That piece of plastic was then taken into Best Buy in The Avenue where two computers were charged. Then it was a romp through Target where the culprit got six Smart Watches. The total take was $5,782.

If you recognize this suspect, please phone Det. Ed Gorham at the Murfreesboro Police Department (615-893-2717).