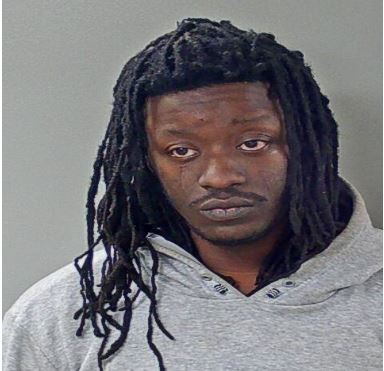 The man who fired shots at Murfreesboro Police Department officers after a foot pursuit and crash has been identified as Larenzo D. Flowers, 26, of Murfreesboro.

He remains behind bars at the Rutherford County Adult Detention Center on a $757,500 bond.

Murfreesboro, TN - A man barricades himself in a home for more than three hours before being taken into custody by Special Operations Unit (SOU) team members. Earlier, the suspect fired multiple shots at officers following a car crash and a brief foot pursuit.

The preliminary investigation revealed Murfreesboro Police came in contact with an individual, who was involved in a motor vehicle crash, near the intersection of Northfield Blvd. and Pitts Lane around 5:30 p.m. He led officers to nearby Chariot Lane, where he took off running and began firing shots at officers. At least one officer returned fire. None of the officers were hit and there were no reported injuries.

The suspect barricaded himself inside a home, part of a quadplex, on Sloan Street. Murfreesboro Police SOU members spent several hours attempting to negotiate with the subject in an effort to get him to surrender. SOU members were able to utilize tactics that forced the individual, who was hiding in the attic, to break through the ceiling of an adjacent apartment where he was taken into custody.

The case is under investigation. The Tennessee Bureau of Investigation has been called to assist.