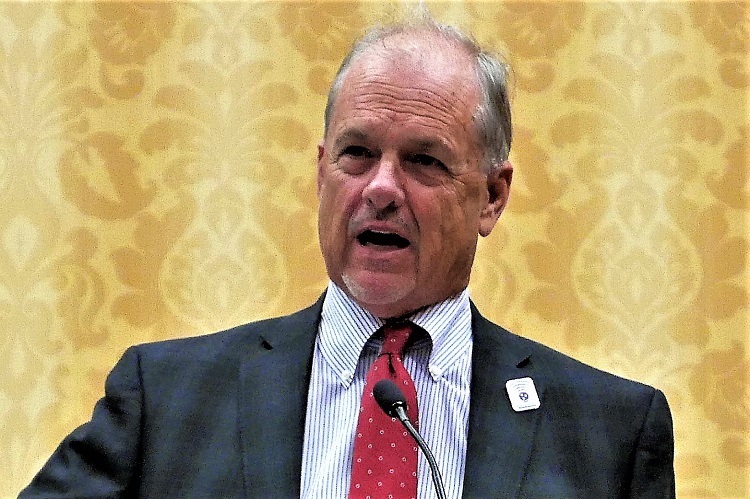 (MURFREESBORO) The Tennessee Association of Broadcasters is holding its board meeting and 71st Annual Conference at the Embassy Suites Hotel and Conference Center. During Tuesday's (8/6/2019) board meeting, President Whit Adamson announced that he plans to retire once a new person is selected.

It's hard to let go of something that you have enjoyed for over 32-years . . .

Adamson was in the WSM TV sales department when he took over the position from Tommy King who died suddenly in 1987.

WGNS' Bart Walker then asked him to reflect back on those three-plus decades of service and share what made him the most proud . . .

So it's not immediate, but Adamson is ready to get more "lake time" under his belt.

WGNS and other broadcasters say, "THANK YOU Whit for your leadership over the years."