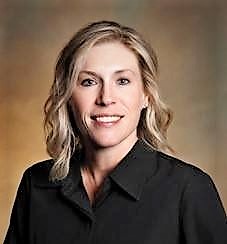 (MURFREESBORO) The Tennessee Region of the American Red Cross is pleased to announce that Tara Stone has been named the Executive Director with the Heart of Tennessee Chapter of the American Red Cross in Murfreesboro. The Heart of Tennessee Chapter serves Bedford, Cannon, Clay, Coffee, DeKalb, Franklin, Jackson, Lincoln, Overton, Marshall, Moore, Pickett, Putnam, Rutherford, Van Buren, Warren and White counties in Tennessee.

"Tara has a very strong background in the business operations of the American Red Cross, as well as in the community she serves," said Joel Sullivan, Regional Executive Director for the American Red Cross of Tennessee. "Her experience with community development will be a great asset in this position. We look forward to what Tara will bring to the table in service to the citizens of the Heart of Tennessee chapter area."

Prior to coming to the Red Cross, Tara spent time working in real estate and several years in Economic and Community Development with the Nashville Area Chamber of Commerce, and then the Rutherford County Chamber of Commerce. Both industries allowed her to promote Middle Tennessee and support both industry and families looking to move to, and grow within, the area. She continues to support Rutherford County by serving on the Advisory Board for the Business Education Partnership.

Tara is a native Tennessean and graduate of Middle Tennessee State University. She and her husband Richard have two children and they spend a lot of their free time on local tennis courts and soccer fields as a family.

"I have all the confidence in Tara's leadership abilities to be a champion for the Red Cross to the people she will serve in those 17 counties," Sullivan said. Stone assumed her new position as Chapter Executive on Dec. 16, 2019.