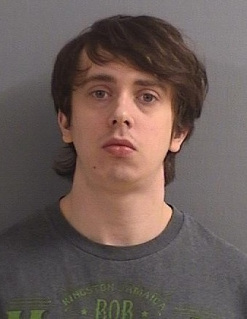 An investigation by Special Agents with the Technical Services Unit of the Tennessee Bureau of Investigation has resulted in the indictment and arrest of a White House man on multiple counts of sexual exploitation of a minor.

TBI Agents received information via a cyber tip from the National Center for Missing and Exploited Children stating that an individual had uploaded multiple files of child pornography to an online platform. During the course of the investigation, that individual was identified as Ryan Randolph.

On January 8th, the Sumner County Grand Jury returned an indictment charging 27 year old Ryan Randolph (DOB 10/20/1992) with 30 counts of Sexual Exploitation of a Minor. On Thursday, Randolph was arrested by TBI Agents and deputies with the Sumner County Sheriff's Office, and booked into the Sumner County Jail on a $100,000 bond.