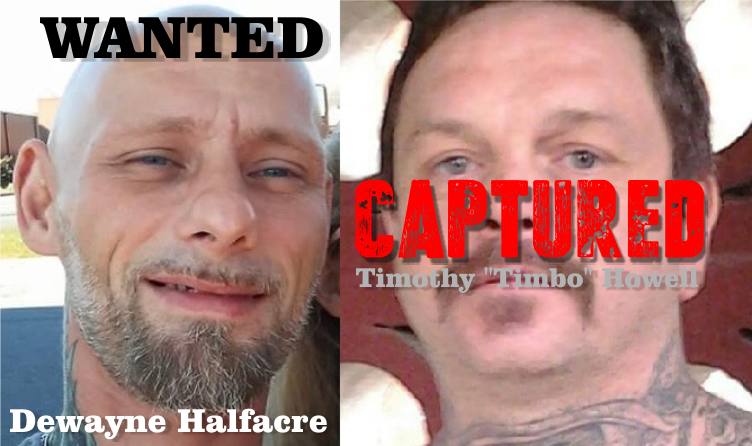 The Tennessee Bureau of Investigation has a new addition to the state's Top 10 Most Wanted list, Dewayne Lee Halfacre of Hohenwald.

Dewayne Halfacre is wanted by the Rutherford County Sheriff's Department and the Tennessee Bureau of Investigation for aggravated robbery, aggravated assault, possession of a weapon by a convicted felon, possession of a firearm during a dangerous felony, false imprisonment and theft. Halfacre is wanted for robbing two clerks in a store in Almaville on January 19th. He also has outstanding warrants for burglary and vandalism out of Marion County, probation violation out of Moore County, driving on a revoked license, leaving the scene of an accident and reckless driving, as well as armed robbery and aggravated assault out of Georgia. He should be considered armed and dangerous.

You may recall that one of the two suspects wanted for robbing the Almaville Market was already apprehended after a pursuit on Monday morning in Marion County. Suspect Timothy "Timbo" Howell, 52, was taken into custody and Halfacre fled on foot as Howell was being arrested.

Halfacre is a 42-year-old male. He is bald with blue eyes. He's 5'7", and weighs 140 pounds. Halfacre has multiple scars and tattoos on his abdomen, arms, legs, chest and back.