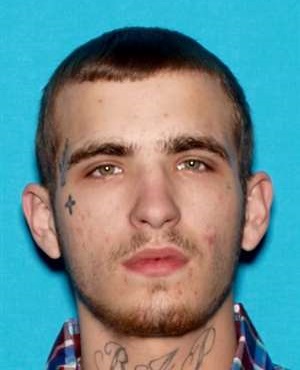 One day after being added to the Tennessee Bureau of Investigation's 'Top 10 Most Wanted' list, a Nashville man has been arrested following a brief pursuit Thursday morning on Interstate 65 in Williamson County.

23 Year old Kevin Michael Tidwell was wanted by the Metropolitan Nashville Police Department and the TBI to face charges of Criminal Homicide and Attempted Criminal Homicide in connection to an incident on May 27th in Antioch. Additionally, Tidwell was also wanted to face a charge of Aggravated Assault with a Deadly Weapon in connection to an incident earlier this year in Nashville.

Today, after developing information about Tidwell's whereabouts, authorities engaged in a brief pursuit, leading to Tidwell's capture after a motor vehicle crash, the circumstances of which remained under investigation at the time of this release.

Additionally, a current booking photograph of Tidwell was not immediately available for release.