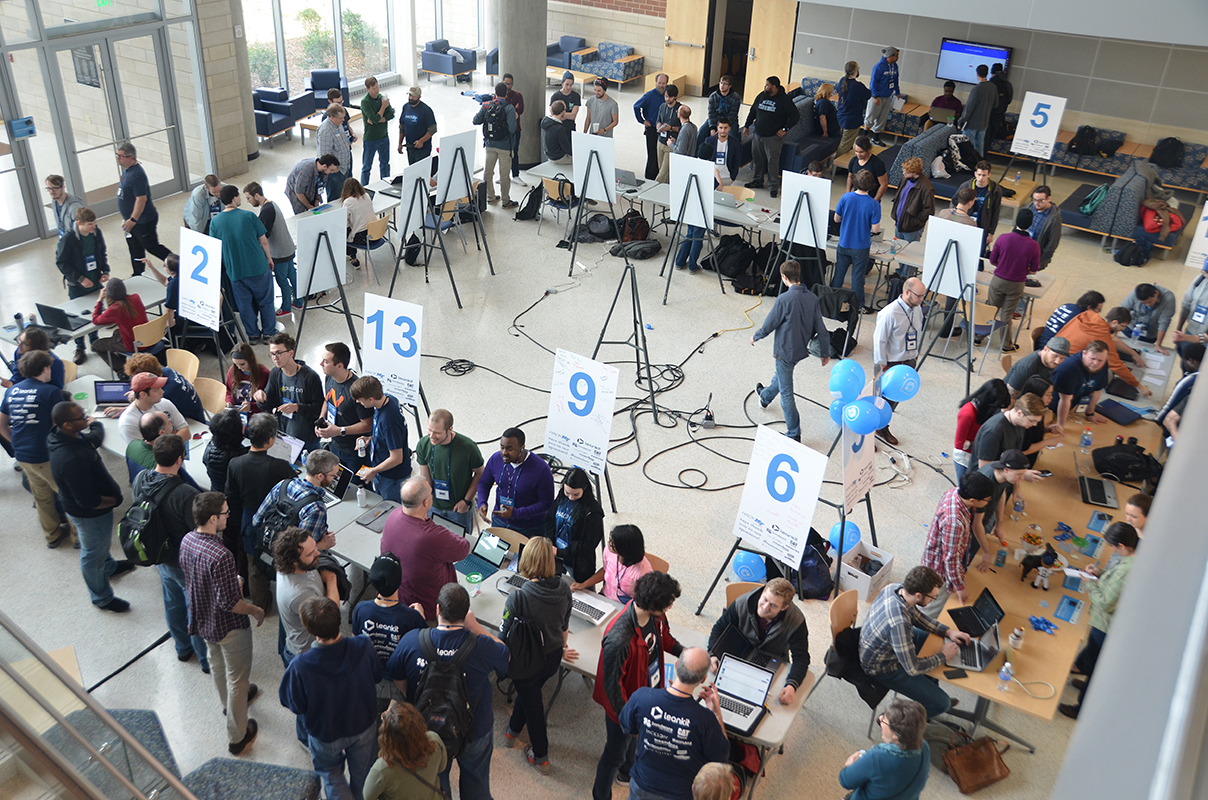 At least a dozen universities and more than 300 tech-savvy collegiate minds will descend on the MTSU campus this weekend for the second Hack-MT.

Year 1 was a rousing success for competitors, organizers and sponsors alike, becoming one of the College of Basic and Applied Sciences top events for 2015-16.

"How do you define success?" Chrisila Pettey, MTSU Department of Computer Science chair, asked rhetorically. "Based on the follow-up survey results, the attendees really enjoyed it and the students learned a lot, developed more confidence and were excited about what they developed. Students and industry professionals alike wanted us to do another one."

MTSU students, while slow to gravitate to this new idea for a hacking event a year ago, quickly swung the pendulum. They endured a lack of sleep and kept coffee and energy drinks flowing through their system, leaving ready for another Hack-MT.

"I expect Hack-MT to be great this year," said Steven Sheffey, 21, an MTSU senior computer science major and mathematics minor from Lebanon, Tennessee. "We've done a lot of campaigning to bring fresh faces into this year's hackathon, and I'm hoping the diversity results in some really cool projects."

"I'm a hackathon veteran, so I'm fairly prepared," Sheffey said. "I always come into a hackathon with an idea for a project, so I can start working as soon as the event starts. As for my team, they're ready to roll as well."

Pettey said it's good for students to attend other hack events.

"They're learning their craft," she said. "The more they do, the better they will be at it."

Sheffey said the most important thing he has learned from the hackathon experiences is the need "to allocate your team's resources well."

As for Year 2, Pettey's hopes and expectations are that "more of our students would come, and whoever comes (MTSU and other schools) would have a good learning experience and have fun. Based on input we've been given, we've tweaked a few things and, hopefully, it will be a good event."

Registration begins at 5 p.m. Feb. 3, followed by dinner at 6 and opening ceremonies at 7 o'clock in the Liz and Creighton Rhea Atrium. The public is invited to the opening and closing ceremonies, with the closing scheduled for 11:30 a.m. Feb. 5. To find parking and the Science Building, a printable campus map is available at http://tinyurl.com/MTSUParkingMap.