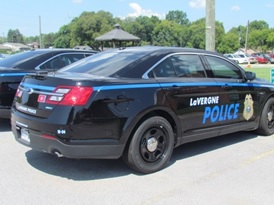 A La Vergne teen is in the hospital after being hit by a car while walking to school. City spokeswoman Rachel Heggen tells NewsRadio WGNS a 14-year old boy suffered head and facial injuries when he was hit around 6:30 this (Monday) morning. It happened at the intersection of Floyd Mayfield and Sand Hill Road.

Heggen says the teen was taken by ambulance to Vanderbilt University Children's Hospital in Nashville, where he was treated for his injuries. The severity of those injuries is not known at this point. The driver of the vehicle was issued citations.