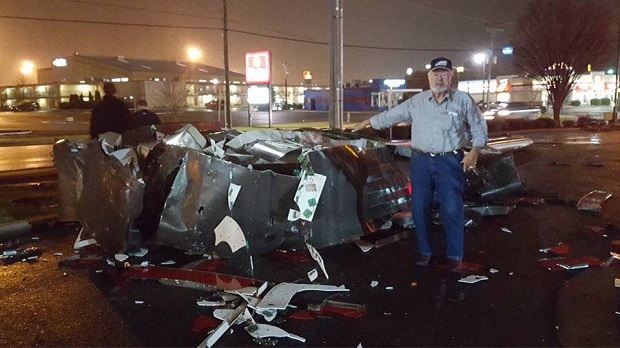 Image from NewsChannel 5 Twitter of a large sign at the Arby's on Chaffin Place, which was blown down in a 2015 storm.

State Farm says Tennessee is one of the most active states for wind and tornado damage.

In addition to stocking up on emergency supplies and developing a plan, State Farm also reminds Tennessee homeowners to take a home inventory and make sure your insurance policy is up to date. "There is a real risk of not having enough coverage to replace items you've accumulated throughout the years when a review of your policy has not taken place in a while," says State Farm spokesman Kip Diggs.