Tennessee has Downward Trend in Reduction of Fire Deaths 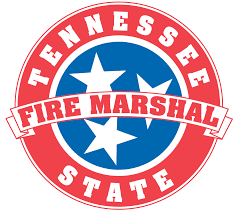 The report, which includes details of Tennessee's overall declining fire death rate along with statewide fire prevention and education efforts, compiles data provided by fire departments from across the Volunteer State along with information, statistics, and advancements made by the SFMO's eight sections.

Tennessee, which has historically ranked among the highest states with civilian fire deaths, is now ranked No. 11 in the nation for fire deaths by the National Fire Protection Association (NFPA) with 14.6 deaths per million from 2011 - 2015. This compares to its ranking as No. 6 in the nation from 2006 - 2010.

Over 21,350 smoke alarms were installed in Tennessee homes through the "Get Alarmed, Tennessee" program. Additionally, 53 Tennesseans escaped residential structure fires in 2018 thanks to alarms installed through "Get Alarmed, Tennessee!" The program, which started in 2012, received renewed federal grant funding in 2018 continuing the life-saving initiative through at least 2019.