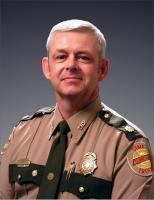 Troopers issued a total of 127 citations; 40 for moving violations and 87 for non-moving violations. Ten suspects were cited for driving under the influence, and just one was cited for the open container law. 17 speeding tickets were written.

“This was one of the safest Bonnaroo weekends we’ve ever worked. Our troopers did a great job managing the heavy volume of traffic on Interstate 24 and the surrounding roadways. Our hard worked paid off and we are able to say there were zero fatalities this festival weekend,” THP Colonel Tracy Trott said. THP personnel also responded to 184 motorist assist calls throughout 6 days.