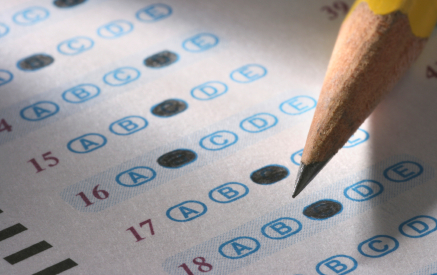 "These encouraging results show that our students are rising to meet the more rigorous expectations of our standards," Commissioner McQueen said. "Seeing substantial improvements at this scale will take time, but we know the strong instruction our educators focus on every single day is most important to students' long-term success. We are committed to holding all of our students to high expectations while supporting them on the path to get there."

TNReady is the statewide assessment administered to all students in grades 3-11. It is a more rigorous assessment compared to past state TCAP tests and is fully aligned to Tennessee's academic standards, which are based on what students need to know and be able to do each year to ultimately be prepared for college and their careers. TNReady scores fall into one of four achievement levels: mastered, on track, approaching, and below. These categories aim to help teachers and parents easily understand if students are ready for the next step in their academic journey and identify which students may need additional support ­­- which are the goals of state assessments.

On the majority of the end-of-course exams, Germantown Municipal School District out performed all other districts in the percentage of students performing in the on track and mastered categories. In high school science, 89.6 percent of Germantown students met course expectations, while 71.9 percent did the same in high school English, 65.2 percent did in U.S. history, and 55.4 percent did in high school math. In all cases, those were the highest scores in the state.

Five additional districts out-paced all others in individual subject tests by having the highest percentage of students score on track or mastered: Bradford Special School District, Kingsport City Schools, Bristol City Schools, Trousdale County Schools, and Clay County Schools. There were 129 districts with high schools in Tennessee in the 2016-17 school year.

This year's results build on the first year of TNReady end-of-course assessments from 2015-16, where high school students set a new baseline for achievement based on educator-developed expectations that better ensure all students are on track for success in postsecondary and the workforce. In addition to overall growth, 2017 end-of-course results show some encouraging performance from Tennessee's historically underserved student groups. In particular, all student groups - students with disabilities, English learners, economically disadvantaged students, and Black, Hispanic, and Native American students - improved on TNReady end-of-course exams in English. In the district-level end-of-course results released today, the public can also view information on how individual student groups performed in each district and on each subject test.

For example, in high school English:

In the coming weeks, districts will receive family and educator reports on the TNReady end-of-course exams to distribute to their families and teachers. Teacher evaluation data will also be available for educators over the next few weeks. This fall, the department will finalize scores and release the TNReady results for grades 3-8 at both the state and district level. For all grades, including high school, school-level TNReady data will be available when the state report card is released in late fall. Districts may choose to release their school-level end-of-course data earlier at their discretion.