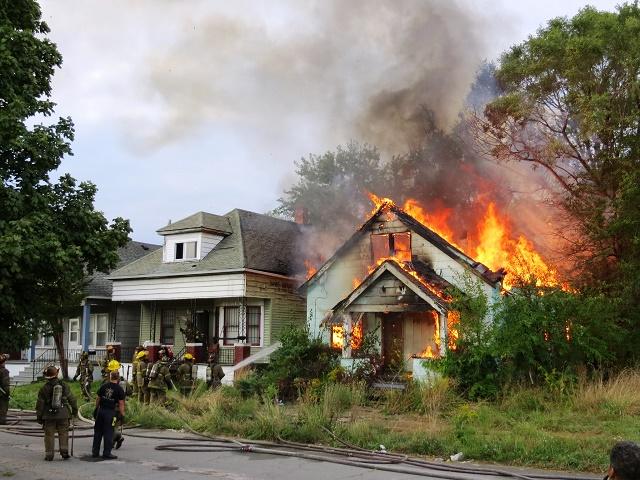 Many people in Tennessee know smoke detector installation and testing is important, but as NewsRadio WGNS' John Michaelson reports, a new survey shows most are likely mistaken about how much time is needed to safely evacuate a burning home...

Research from the American Red Cross shows many people think they have five minutes, but it's really only two. Tennessee Red Cross regional communications director Benjamin Prijatel says it's vital to have an escape plan and practice it.

"Whether it's a house fire or a tornado, what would your family do in that situation, and does everyone know what to do," Prijatel says. "You may think to yourself, 'This would be the best place to meet' or 'We should go here' or 'We should do that.' But it needs to be talked about so everyone is on the same page."

According to the survey, nearly seven in 10 parents believe their children know what to do if their house catches on fire, but fewer than one in five families with children have actually practiced home fire drills.

In addition to promoting the practicing of home fire drills, Prijatel says another part of the effort by the Red Cross to reduce home fire deaths is with making sure homes have working smoke alarms.

"We're working with businesses, we're working with organizations, church groups, civic groups, going door to door installing smoke alarms," he says. "The state fire marshal's office has provided thousands of fire alarms for us, and we are the hands and feet to get those to where they're needed."

It's recommended smoke detectors be installed in each bedroom and regularly tested. Nationally, about 2,300 people die in house fires each year and 13,000 are injured.