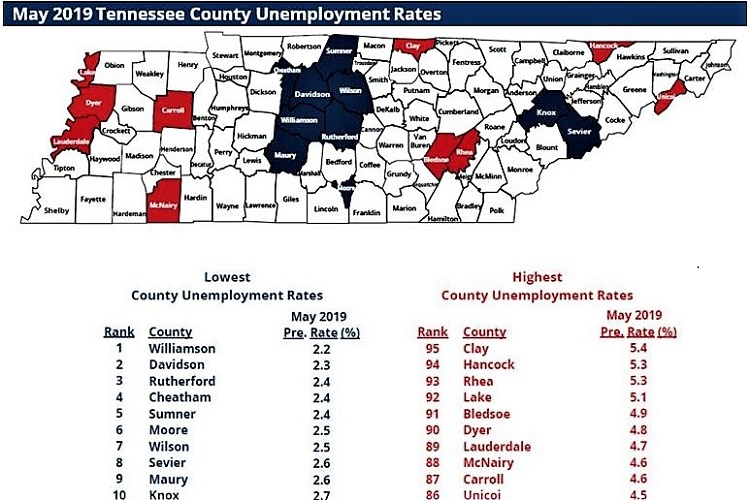 The Volunteer State continues to have low unemployment in most counties. In fact Rutherford County continues to be in a 3-way tie for third place, topped only by Williamson County on top, and then Davidson.

Newly released unemployment data from the Tennessee Department of Labor and Workforce Development (TDLWD) for May 2019 shows unemployment rates for nearly every county in the state are below 5 percent for the month.

While Tennessee continued to experience low unemployment during the month, 90 of the state's counties did see a slight uptick in their rates, one county remained the same, and unemployment dropped in four counties.

"It's not unusual to see a minimal increase in local unemployment rates at the start of the summer season," explained TDLWD Commissioner Jeff McCord. "May is a month of transition; many high school and college graduates enter the workforce for the first time during the month and most school personnel start their summer break in May."