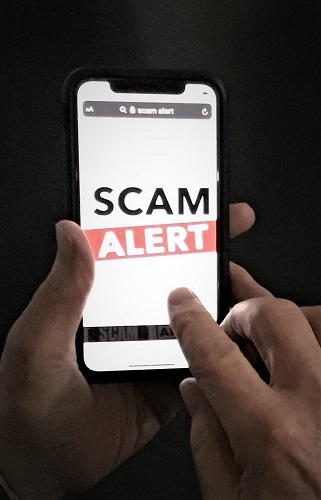 (MURFREESBORO) A Murfreesboro woman is the latest victim of a texting scam that targets bank customers.

The victim received a text message from someone claiming to be with the Fraud Department of a local bank asking her to confirm an attempted charge of $880 that was made at Kroger on Nov. 28, 2019.

After replying 'NO', she received another text confirming her response.

The victim then received a call from a man stating he would assist her in clearing up the attempted purchase. While still on the phone, the fraudster told the victim she would receive an email confirming she had requested her USER ID. The scammer also told the victim he would be adding "ZELLE" (money transfer app) to her account after she confirmed her account information.

As they were still on the phone, the victim received an email advising her that $500 had been removed from her account. The scammer disconnected the call.

Detective Tyler Smith said, "It's important for customers to remember that no banking institution will ever contact a customer directly asking for personal account information. If you receive a questionable text or phone call, don't hesitate to contact your bank directly or visit a local bank branch."

This was the first reported case in Murfreesboro, however, several banking customers in Shelby County also became victims of this bank texting scam.