The Center for the Arts presents the hysterical farce SUITE SURRENDER 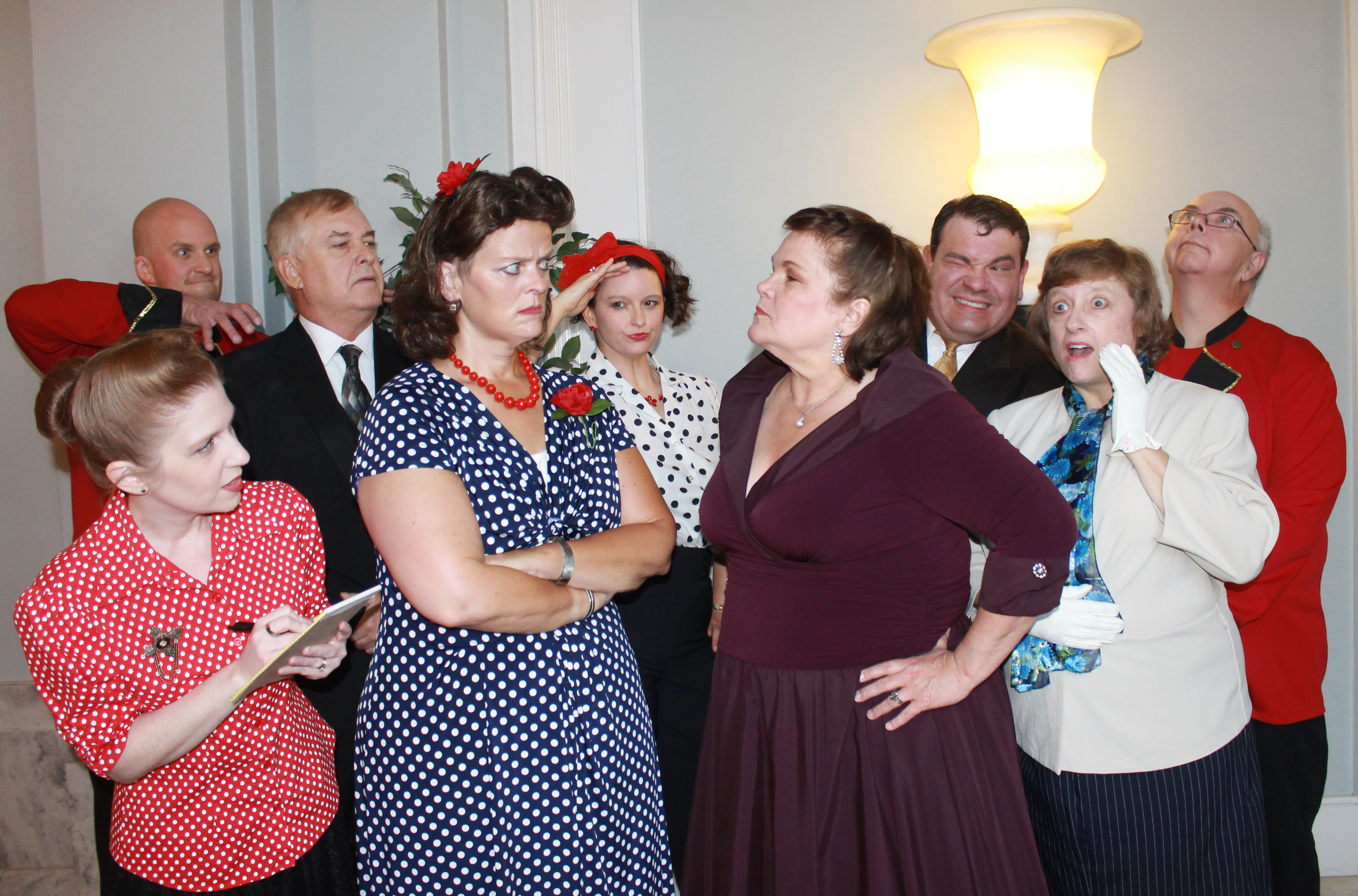 The Center for the Arts presents the hysterical farce SUITE SURRENDER, running September 12 - 25, 2016. It's 1942, and two of Hollywood's biggest divas have descended upon the luxurious Palm Beach Royale Hotel -- assistants, luggage, and legendary feud with one another in tow. Even with members of the Navy diving out of the fourth floor windows into the swimming pool and running maneuvers in the lobby, everything seems to be in order for their wartime benefit performance...that is, until they are somehow assigned to the same suite. Mistaken identities, overblown egos, double entendres, and a lap dog named Mr. Boodles round out this hilarious riot of a love note to the classic farces of the 30s and 40s.

Director Vickie Bailey, who has directed numerous shows across Middle Tennessee, is excited to be directing her first show at The Center for the Arts. "I am so enjoying directing this beautiful cast in this beautiful building," she stated, "Everyone has been great to work with and we are having so much fun every night, it never feels like work."

Tickets can be purchased on the center's website at www.boroarts.org; calling 615-904-2787; or stopping by the Center's box office at 110 W. College St. in downtown Murfreesboro. Prices are $15 for adults; $13 for seniors, students and military; and $11 for children. Group tickets are available. Performances are at 7:30 pm on Friday and Saturday evenings and 2:00 pm on Sunday afternoons.