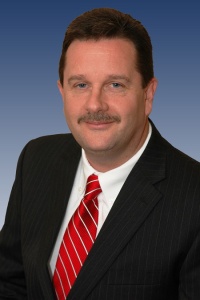 Above is a photo of Ralph Mayercik

Former Rutherford County Sheriff Candidate Ralph Mayercik criticized the decision by Tennessee Republican Party Chairman Chris Devaney to exclude him from running in the May 6 GOP Primary. “I am very disappointed to hear of the decision made by the Tennessee Republican Party and Chairman Devaney. From the time I started this campaign, I made the decision to not resort to dirty, back room political deals. Today, the TN GOP has shown the citizens of this great state that they still prescribe to the Good Ol’ Boy politics that have caused voters to lose faith in the political process.”

“The Republican Party allowed a candidate who is under grand jury indictment in two counties for aggravated kidnapping, aggravated assault, extortion, and felony theft to run on the Republican ticket here in Rutherford County. These decisions made by State GOP leaders speak volumes to the voters about the values of today’s Republican Party. I believe that the voters of Rutherford County have the right to decide for themselves who they want to be their next Sheriff, not a select, elite group of GOP leaders. I decided to run for Sheriff to make Rutherford County a safer place to live. For no good reason, I have been disenfranchised by my own party.”