Theft in Murfreesboro added up to more than $48,000 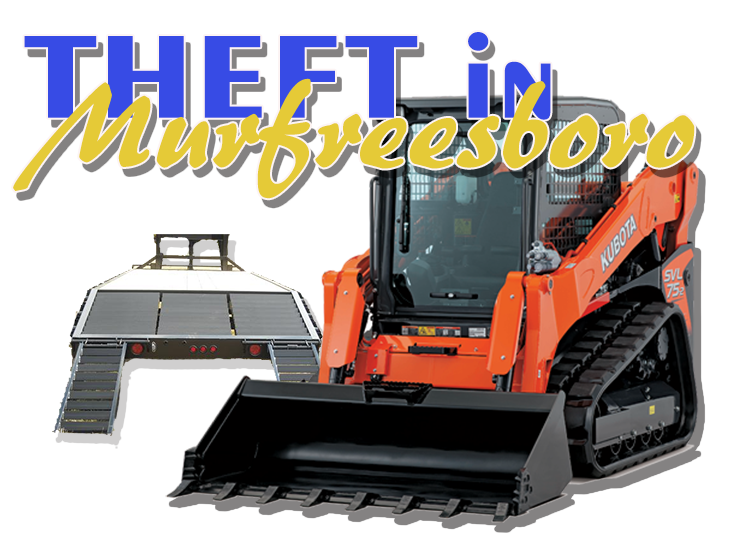 A theft that added up to more than $48,000 has been reported by a local construction company. Farrer Brothers on NW Broad Street filed the report with Murfreesboro Police on Monday (4/23/18).

The company that rents equipment to customers told authorities that they received a call from the contractor that allegedly rented the track loader and the contractor told them they have never received the vehicle. It was at that point that the Kubota was discovered to be missing.

Everything has been entered into the National Crime and Information Center Database (The NCIC is a criminal justice operated index of stolen items, fugitives from justice and list of missing persons.