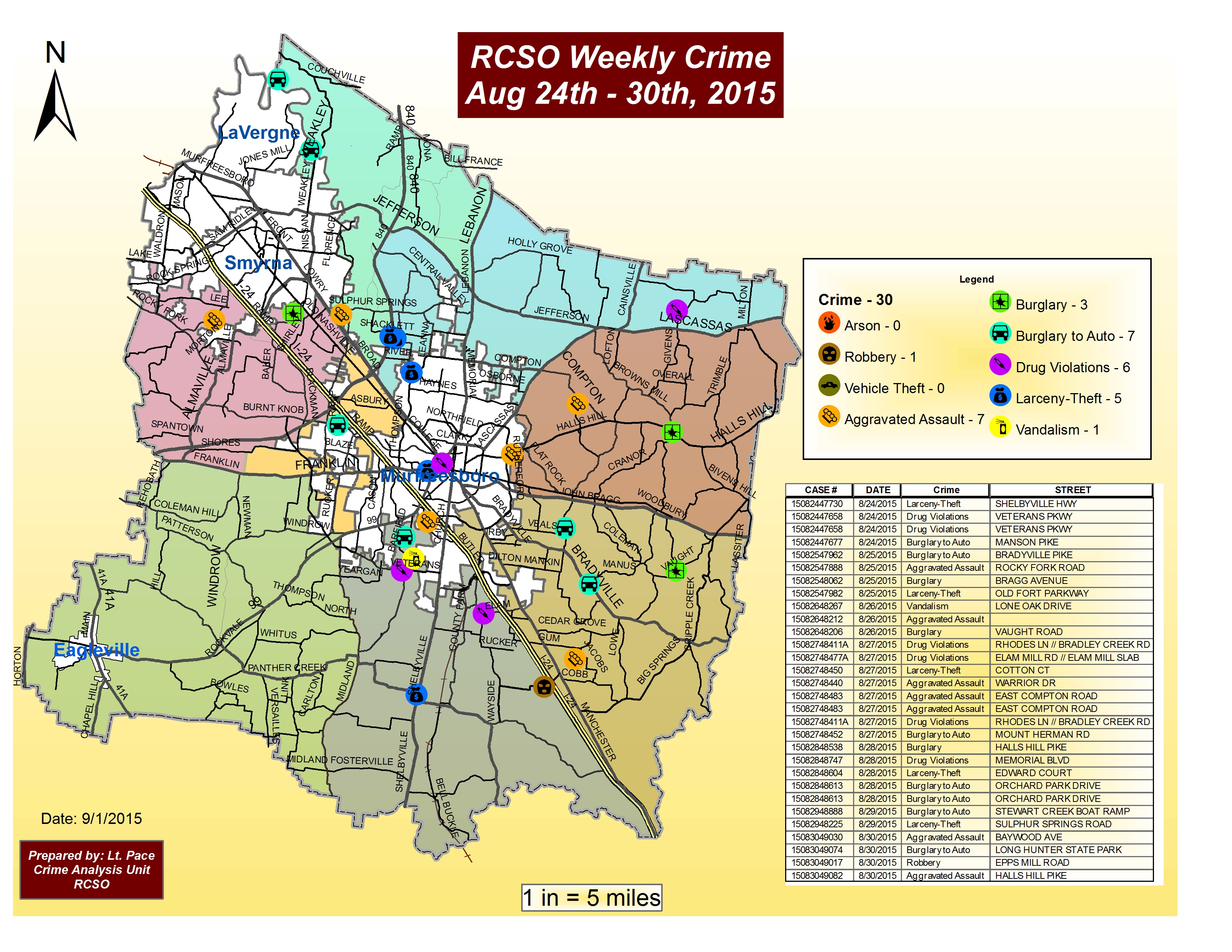 Firearms, purses and laptop computers are being stolen from vehicles at recreational areas and homes throughout Rutherford County, sheriff's detectives said.

"Keep your vehicles locked to help deter burglars," Sheriff Arnold said. "And don't leave valuables in plain sight in vehicles. Lock property in the trunk or store the property inside your home for safekeeping."

People who have information about the suspects are asked to call the Criminal Investigations Division at 615-898-7916.