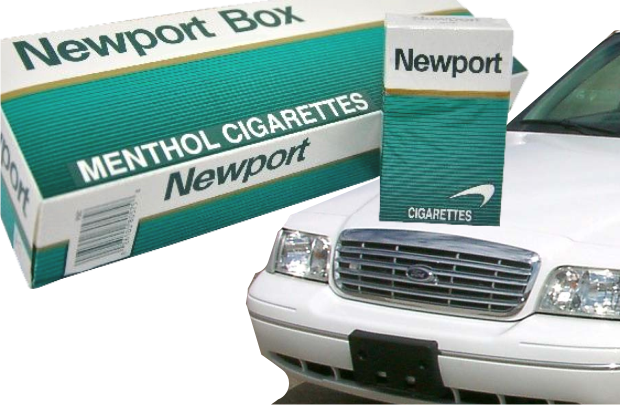 Newport cigarettes are being stolen at a large number of gas stations throughout Murfreesboro, carton by carton.

The subject in one of the thefts fled the scene in a white sedan with a tag number of V5006P. That tag number returns to a 1997 Ford Crown Victoria.

Newport Cartons, valued at about $46 per carton, were also stolen from On The Run gas station on Northfield Blvd., Shell on Old Fort Parkway, two cartons from Murphy Express on Memorial Boulevard and two cartons from the Shell on North Rutherford Boulevard.

In other cases within the past four days, one carton of L & M Menthol's were stolen from the Shell gas station on Broad Street and one carton of Marlboro's were thieved from the Kangaroo on South Rutherford Boulevard.