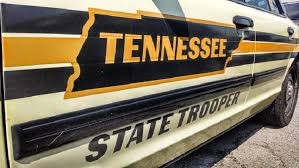 Murfreesboro and Rutherford County will benefit from the large federal safety grant received by the Tennessee Highway Patrol.

The Tennessee Highway Patrol (THP) announced that it will receive traffic safety grants from the National Highway Traffic Safety Administration (NHTSA) to provide increased enforcement, public awareness campaigns and help to reduce serious injury and fatal crashes on state roadways in 2019. The grant funds are distributed through the Tennessee Highway Safety Office (THSO).

The THP continues to target seat belt usage across the state. The Belts Eliminate Loss Tragedy and Suffering (BELTS) program will provide funding to allow state troopers to increase the current seat belt usage rate of 88.51%. Statistical data revealed that unrestrained fatalities are most likely to occur on Fridays and Saturdays. THP received $100,000 in grant monies for the BELTS program.

Goals of the BELTS Program include:

Goals for the "Just Drive" program include:

The "Sober Up TN" program allows the THP to allocate additional hours for state troopers to patrol the interstates, conduct sobriety checkpoints, perform bar checks, and educate the public on the dangers of drinking and driving.

State Troopers have utilized a data-driven approach to address alcohol-related crashes by targeting times and locations where these types of incidents are most prevalent. Predictive analytics has revealed that the majority of impaired driving crashes occur between the hours of 4:00 p.m. and 4:00 a.m., and a higher rate of alcohol-related wrecks occurs on Friday, Saturday, and Sunday.

Goals for the "Sober Up TN" program include: