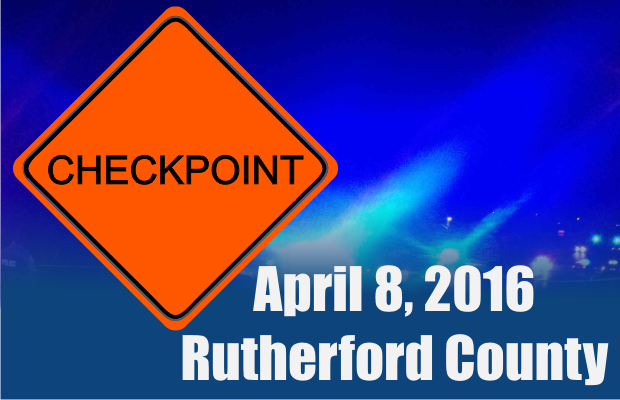 The Highway Patrol has two upcoming checkpoints on April 8th in Rutherford County, this Friday. Sgt. Anthony Griffin told WGNS about the first of the two...

The second checkpoint will be for drivers licenses...

The second checkpoint is on Chicken Pike in Smyrna near Nissan Boulevard. Both checkpoints this Friday will be after nightfall.

A memorial sobriety checkpoint will be held Friday in memory of Boy Scout Clifton Braunwalder, who was killed by an impaired driver on Interstate 24 near Smyrna.

Clifton, 13, a student at St. Rose of Lima Catholic School, was changing the tire on his mother's car when he was hit and killed by the driver April 10, 2014 near the Sam Ridley Parkway overpass.

The checkpoint will be from 10 p.m. to midnight Friday, April 8 on U.S. Highway 231 North (Lebanon Highway) at the Walter Hill Bridge, said Cpl. Mark Mack, who is coordinating the checkpoint.

"As part of the Rutherford County Sheriff's Office's effort to deter and raise awareness to the dangers of impaired driving, we will be focusing additional patrols throughout the weekend focused on removing impaired drivers from our roadways," Cpl. Mack said.

The salaries for the deputies working overtime are paid through a grant by the Governor's Highway Safety Office.