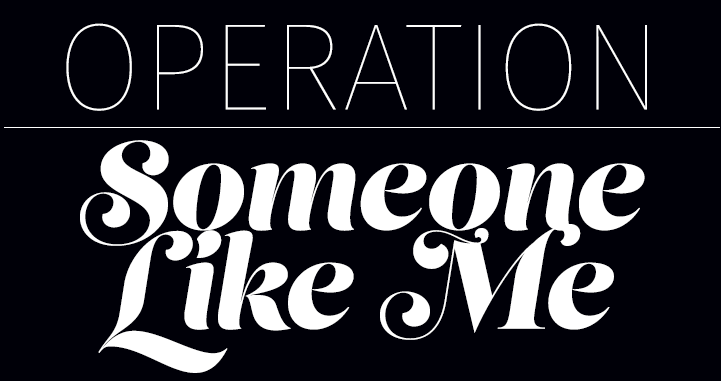 A three-day operation by Special Agents with the Tennessee Bureau of Investigation and partner agencies to combat human trafficking in Nashville has resulted in the arrest of 41 individuals on prostitution-related charges; 34 men, six women and one juvenile. More than half of the men responding to ads tried to buy sex from a minor. The Nashville anti-trafficking operation, called "Operation Someone Like Me", is the sixth of its kind in the state between the TBI and partner agencies to help identify, investigate and prosecute trafficking, and rescue victims. Those arrested include a high school teacher, a college football player, a truck driver, a student and a state IT Specialist.

Along with detectives with the Metro Nashville Police Department, Homeland Security Investigations and the FBI, and the nonprofit End Slavery Tennessee, TBI Special Agents and intelligence analysts conducted the undercover operation to identify potential victims of trafficking and arrest those seeking to purchase illicit sex from a juvenile. During the three-day operation, undercover Agents posted ads on Backpage.com, and 485 men responded to those ads posted. More than 5,300 contacts were made to those ads, through texts or phone calls. In some ads, undercover Agents posed as a juvenile girl. Eighteen men responded, and paid to have sex with an underage female.

"We're not going to arrest our way out of this problem," says TBI Director Mark Gwyn. "This is all demand-driven. These men paying for sex with children in our state are only continuing to victimize girls and women. It's wrong, it's illegal, and we will pursue these operations in small towns and big cities for as long as it takes."

"Even with as many of these operations that we have conducted across the state, it's still shocking that half of the men responding to these ads wanted to pay to have sex with a minor," says Assistant Special Agent in Charge Margie Quin. "We're working toward helping victims of trafficking, and taking these predators off the streets."

The Davidson County District Attorney's office will review each case to determine whether additional charges are warranted.

With the assistance of the nonprofit agency End Slavery Tennessee, the undercover operation also identified potential victims of trafficking. The women arrested were each offered services, including housing, counseling and addiction treatment. One woman took advantage of those services. She left the operation and was immediately placed in a safe house.

Last year, Governor Bill Haslam signed legislation into law giving TBI original jurisdiction over investigations of human trafficking. Additionally, the state legislature approved funding for four Special Agents, who work exclusively to investigate human trafficking cases and train law enforcement statewide on recognizing and combating this type of crime. These four Special Agents, who have now completed their sixth operation across the state, have arrested or cited 143 individuals during that time.

Speaker Beth Harwell visited "Operation Someone Like Me" and was able to witness some of the transactions. "To those scouring the web or apps in the search for sex with our state's children, let me say this: Be warned," says Speaker Harwell. "This is an agency, a movement, a state that is gaining momentum in its effort to insist it ends right here, right now.

Last year, as part of its commitment to address this issue, the TBI unveiled a public awareness campaign, entitled "IT Has To Stop," which includes online resources, public service announcements, and contact information for nonprofits who work with survivors of human trafficking. Visit www.ITHasToStop.com for more information.

Since "Operation Someone Like Me" began in May 2015, there have been 143 arrests/ citations.

The investigation was conducted in Brentwood/ Clarksville, Jackson, Chattanooga (twice, once in conjunction with Georgia Bureau of Investigation), Knoxville and Nashville.

During the three-day trafficking operation in Nashville, 485 men responded to the ads we posted on Backpage.com. There were a total of 5,367 communication interactions made to TBI undercover Agents:

As a result of "Operation Someone Like Me" this week in Nashville, 41 individuals were arrested/ cited, including 34 men, one juvenile and six women. Of the 41 arrested, three were from Rutherford County (in bold).

Those charged during the Nashville "Operation Someone Like Me" are below.

The Davidson County District Attorney's office will review each case to determine whether additional charges are warranted. Most of these individuals were cited, and will have their booking photos taken at the time of their court appearance.