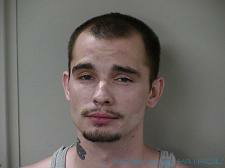 A man in Murfreesboro has been charged with Attempted Murder.

Murfreesboro officers responded to 202 Bluff Ave. early Thursday morning in reference to as assault in progress. Upon arrival, two subjects were found to have multiple cuts and lacerations. One of the subjects was identified as Delmar L. Stille who was covered in blood. The second subject was identified as suspect Clyde Pritchett.

Mr. Stille had very serious head injuries and was taken by Life Flight helicopter to Vanderbilt Medical Center. As for Pritchett, he was taken to St. Thomas Rutherford for the treatment of several cuts that appeared to be self-inflicted. He was then taken to the Murfreesboro Police Department for questioning and later booked at the Rutherford County Sheriff's Office for the Attempted Murder of Delmar Stille.