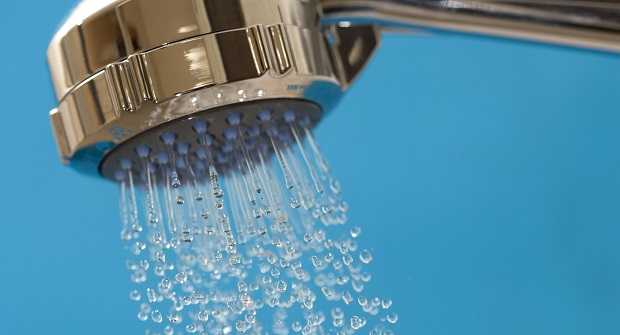 The Tennessee Department of Health is strongly encouraging communities to fluoridate their water supplies to reduce the impact of oral disease on our kids' physical, emotional and economic well-being, in particular the impact to our state's most vulnerable children. Community water fluoridation is a proven prevention strategy fundamental to health equity and optimal health for all and the science is clear: Fluoride provides substantial benefits throughout our lives at a low cost, with $1 spent on fluoride saving $38 in future dental treatment costs.

Seventy-one years of intensive scientific research and experience with water fluoridation in the United States and 65 years in Tennessee have demonstrated it to be a safe, effective and cost-saving way to reduce the prevalence and severity of tooth decay in children, adolescents and adults. Studies show water fluoridation prevents at least 25 percent of tooth decay in children and adults, even in an era of widespread availability of fluoride from other sources like fluoride toothpaste. It provides benefits regardless of race, ethnicity or socioeconomic status. It overcomes economic barriers and provides equitable access to a proven public health preventive measure.

Water fluoridation began in Grand Rapids, Michigan in 1945 and Milan became the first city in Tennessee to fluoridate its water supply in 1951. Cross-sectional dental surveys of schoolchildren conducted in Tennessee beginning with baseline pre-fluoridation surveys completed in 1954 and subsequent periodic oral health surveys as recent as 2008 demonstrate there has been a continuous and marked decline in tooth decay in children. Comparisons in Tennessee with pre-fluoridation surveys conducted in the early 1950s showed that by 1988 there was a 75 percent reduction in tooth decay in permanent teeth of children and a 55 percent reduction in the primary dentition as a result of water fluoridation and greater use of topical fluoride products like fluoride toothpastes.

The decline in tooth decay observed in Tennessee is similar to findings from national oral health surveys. Furthermore published findings, including studies conducted in Tennessee, reveal dental decay rates are significantly higher in non-fluoridated communities than in fluoridated communities. Given the remarkable decline in tooth decay attributed to fluoridation, the Centers for Disease Control and Prevention named water fluoridation one of the ten greatest public health interventions of the 20th century.

Under the Safe Drinking Water Act, the U.S. Environmental Protection Agency sets standards for drinking water quality. The EPA has set an enforceable regulation for fluoride called a maximum contaminant level of 4.0 milligrams per liter of water. This is accepted as the level of fluoride in drinking water that is not likely to cause skeletal fluorosis. EPA has also set a secondary standard for fluoride at 2.0 milligrams per liter. Secondary standards are non-enforceable guidelines regulating contaminants that may cause cosmetic effects, such as skin or tooth discoloration, or aesthetic effects such as taste, odor or color in drinking water. EPA recommends secondary standards to water systems, but does not require systems to comply. These standards restrict the amount of naturally occurring fluoride in drinking water and are not used or recommended for supplemental fluoridation.

Separate and apart from the EPA, the United States Department of Health and Human Services makes recommendations about the optimal levels of fluoride added to drinking water to prevent tooth decay. Last year the USDHHS issued its final recommendation regarding the controlled addition of fluoride to community water systems to achieve a concentration optimal for preventing tooth decay. TDH and TennCare support the recommendation of 0.7 milligrams of fluoride per liter of water. This concentration of fluoride in drinking water provides the best balance of protection from tooth decay while reducing the cosmetic risk of dental fluorosis. In the U.S., dental fluorosis is a cosmetic condition typically characterized by subtle white changes in the enamel of the teeth and does not affect tooth function. It is important to note U.S. Public Health Service guidance or recommendation is advisory and not regulatory in nature. In other words, communities are not held to any fluoride concentration other than the level set by the EPA.

The benefits of fluoridation to the general population of Tennessee include preventing pain and suffering from tooth decay, reducing days missed from school and work for medical and dental treatment as well as enhanced social and economic opportunity fostered by more confident and healthy smiles. All communities in Tennessee deserve to have it.