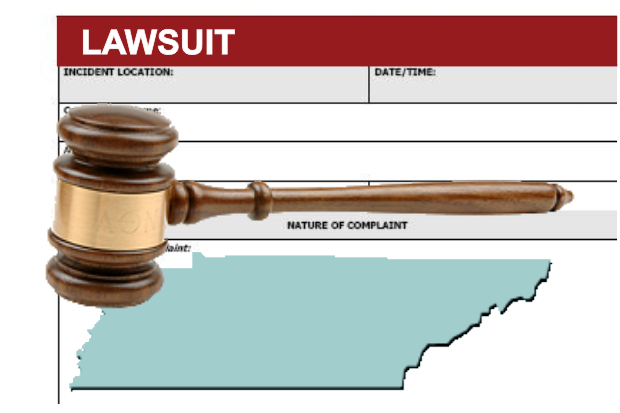 State Senator Jim Tracy (R-Shelbyville) made the following statement regarding Tennessee joining nine other states in filing a lawsuit against the U.S. Department of Education and the Department of Justice:

"Citizens I have talked with are extremely concerned about the impact that this directive has on our state and our children. The Obama Administration went far beyond their constitutional authority in their efforts to push a liberal social agenda on states using federal flow through dollars that belong to the people in doing so. Their actions place Tennessee children in jeopardy. This lawsuit is a means to defend ourselves from a lame-duck President's attempts to circumvent the lawmaking process. I applaud the action of the Attorney General to defend the privacy rights of Tennesseans."

More Details on the Lawsuit:

Attorney General Herbert H. Slatery III joined Texas and nine other states in filing a lawsuit against the United States Department of Education (DOE) and the Department of Justice (DOJ). This is in direct response to recent actions taken by DOE and DOJ in connection with Title VII and Title IX. In the joint letter referred to as the "Dear Colleague Letter" sent by DOE and DOJ to school districts across the country, DOE and DOJ redefined the term "sex" as a person's sense of gender identity and placed federal funding at risk for schools whose facilities and programs do not comply with the new definition.

Slatery said, "The Executive Branch has taken what should be a state and local issue [under the Tenth Amendment] and made it a federal issue. Schools that do not conform under the new rules risk losing their federal funding. This is yet another instance of the Executive Branch changing law on a grand scale, which is not its constitutional role. Congress legislates, not the Executive Branch. Our Office has consistently opposed efforts like this to take away states' rights and exclude the people's representatives from making these decisions, or at a minimum being able to engage in a notice and comment period under the Administrative Procedures Act (APA). As the complaint describes, it is a social experiment implemented by federal departments denying basic privacy rights and placing the burden largely on our children, not adults. Sitting on the sidelines on this issue was not an option."

In 1964, Congress enacted Title VII of the Civil Rights Act, making it illegal for employers to discriminate on the basis of race, color, religion, sex or national origin. Eight years later, Congress took it a step further with Title IX of the Education Amendments of 1972, expanding those protections to federally funded education programs.

Slatery added, "Title IX prohibits discrimination on the basis of "sex" - defined to be a biological category based principally on male or female anatomy. The Administration is incorrectly interpreting Title IX to include self-proclaimed gender identity. By issuing this change as a "guideline," DOE and DOJ are sidestepping the APA and infringing on a legal territory reserved for the legislature. Tennessee is initiating this lawsuit with the other states to contest the action for all of these reasons."