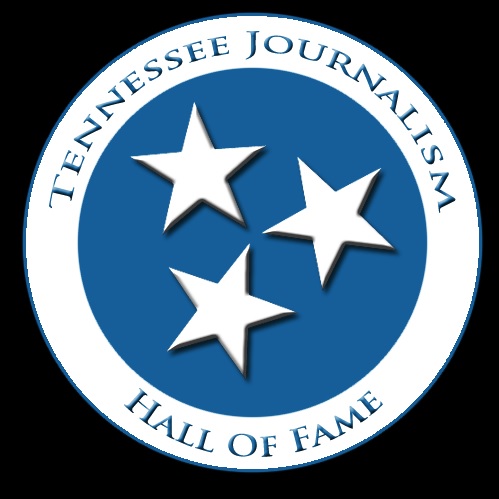 The Tennessee Journalism Hall of Fame will honor five broadcast journalists during a banquet and award ceremonies at 5:30 Thursday evening, December 8, 2016. This celebration will be held in the Middle Tennessee Association of Realtor's Training Center at 311 Butler Drive.

Three of the five inductees are from Rutherford County, and two of them are former WGNS' on-air staff members. The program will be emceed by Channel 4's News Anchor Demetria Kalodimos.

His love for sports gave him a special place in the hearts of those who listened to his broadcasts. Within a short period of time, Monte was truly loved by everyone in Murfreesboro.

Hale's love for sports helped him to create unique events to broadcast. An example is when the New Nashville Highway was built between Murfreesboro and Smyrna, Hale put together a golf tournament down the grassy median of the roadway and then broadcast it live on WGNS.

In fact, he was thought of so highly, that the City of Murfreesboro named a road in his honor. You're encouraged to drive down Monte Hale Lane, which is just off Northwest Broad Street, next to Osborne Carpets.

Monte was the play-by-play announcer for the Nashville Sounds in 1978, a time when he also broadcast the Murfreesboro Central High School games as well as Middle Tennessee State College (it changed its status to university in 1985). He was affectionately known as "The Voice of the Blue Raiders".

Monte was inducted into the university's Kennon Sports Hall of Fame in 1981.

In 1983, Middle Tennessee State named the basketball arena at Murphy Center after him. To this day, it is still known as the Monte Hale Arena.

Hale was never one to give-up, and he was an inspiration when he continued to do play-by-play coverage even after loosing half of his tongue to cancer in 1966. This dread disease took Monte from all of his followers on January 2, 1982 at the young age of 42.

His son, Monte, Jr. continues to share the family's love for sports with "All Sports Talk" weeknights at 5:00 on WGNS, as well as being the sports editor at the Murfreesboro Post. In fact, his son shares an inspiring look into what made Monte Hale, Sr. CLICK HERE

The other WGNS' alumnus being inducted is John Hood. He was with the Good Neighbor Station in the 1950's and was extremely versatile. John would emcee radio broadcasts from the Sewart Air Force Base featuring the top bands of that era when they played at the Smyrna air base. In addition to the program being originated by WGNS, it would also be carried on the old Liberty Radio Network.

Hood's smooth style of announcing made him a natural at broadcasting everything from spelling bees to coverage of when General Douglas MacArthur and his wife visited Murfreesboro. He married Jean Marie Faircloth MacArthur, who grew-up Murfreesboro.

In addition to his on-air duties, John also served as the station's news and program director.

John is affectionately known as "The Voice of Murfreesboro". His communications talents have helped him with careers in industry, banking, education and politics.

In fact, he is a regular guest on WGNS' talk radio shows as well as on the City of Murfreesboro's City TV 3. John is called on regularly to speak at various events throughout the region, and his smooth announcing style is still as warmly accepted today as it was 60-plus years ago.

In addition to the WGNS' ties with Hood and Hale, Hudley Crockett is a Rutherford County native. In fact, he lives in this county.

The 2016 class includes a former State Representative who began his journalism career at Murfreesboro's WGNS radio Station; a former anchor/producer and Television News Director from Rutherford County before becoming Press Secretary for Governor Buford Ellington; an anchor, News Director and Reporter; a former TV Sports Director and Anchor; and a popular WGNS Radio Sports announcer and Sports News Director who called both Football and Basketball games for High School and College games.

The Tennessee Journalism Hall of Fame Banquet and Induction Ceremony will be at the Middle Tennessee Association of Realtors Training Center at 311 Butler Drive, here in Murfreesboro.

Admission to the event is $40 per person, and that includes the delicious Peter D's dinner. Again, reserve your dinner before December 5th by phoning Hooper Penuel at 615-347-1672.

The Tennessee Journalism Hall of fame is a 501c3 not for profit organization.

Inductees into the 2017 Tennessee Journalism Hall of Fame (TJHOF) are being accepted now through June 1, 2017. Think about someone who has made significant and substantial contributions to the profession during a career that includes the practice of journalism in print, broadcast, and new media.

To be considered for induction, individuals must have distinguished themselves through news or business management, leadership in the industry, or in the ordinary practice of journalism, and those whose contributions have otherwise been recognized by their peers.

Inductees would come from various ranks to include, reporters, writers, editors, publishers, news directors and other managers, as well as those who have excelled in advertising, public relations, and education of those disciplines.

Again, nominations for the 2017 Tennessee Journalism Hall of Fame should be submitted by June 1, 2017.