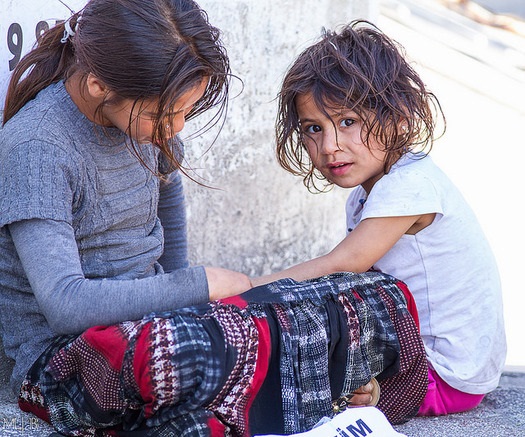 The Tennessee Senate passed a resolution directing the state attorney general to file a lawsuit against the federal government for allegedly failing to consult with the state on refugee resettlement. Pictured here are Syrian children in a refugee camp in Syria. (Mehmet Bilgin/flickr.com)

The Tennessee Senate passed a resolution that directs the state attorney general to sue the federal government over policies surrounding refugee resettlement.

Specifically, the resolution alleges the federal government failed to consult with the state on the issue, while mandating the use of state funds. Eben Cathey, advocacy director for the Tennessee Immigrant and Refugee Rights Coalition, said the resolution, if passed, sends the wrong message to our national and international neighbors.

"This bill embarrasses Tennessee and makes us seem like an unwelcoming place for people who are fleeing violence and persecution," Cathey said. "This is the most extreme piece of anti-refugee legislation in the nation right now." The measure now will be taken up by the state House. If passed and the state attorney general declines to file suit, the resolution authorizes the use of state funds to hire independent counsel.

Supporters of the resolution say it comes down to the constitutional issue of states' rights. Immigrant and refugee advocates point to the thorough and lengthy vetting process before individuals are granted access to the United States. Beyond the message the resolution would send to the global community, said Hedy Weinberg, executive director of the American Civil Liberties Union of Tennessee, the idea that individual states can influence immigration and global policy is out of bounds.

Cathey said it's important to remember that the people fleeing Syria and other places fear the same people and ideas that most Americans do. "I think that's terribly dangerous for Tennessee," he said. "This resolution threatens our national and international reputation as a place that is welcoming of refugees. There's no doubt that in the midst of a global humanitarian crisis where many people are fleeing violence and persecution, this is going to leave a black mark on Tennessee's reputation."

Both Cathey and Weinberg pointed to Tennessee's long history of providing a safe haven for refugees. The world's largest Kurdish population outside of the Kurdistan region resides in Nashville.