Tools stolen from a shed behind a Murfreesboro home 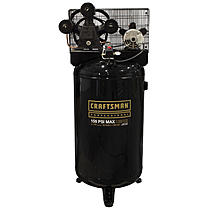 Over $14,000 in tools and construction equipment was stolen from an address on Paulwonia Circle in Murfreesboro. The theft was reported on Monday.

According to the police report that WGNS obtained, the tools were stolen from a locked shed behind a home. Some of the items taken included a Craftsman air compressor, two large red tool boxes and several extension cords.

Police are looking into the theft, but no arrests have been made.