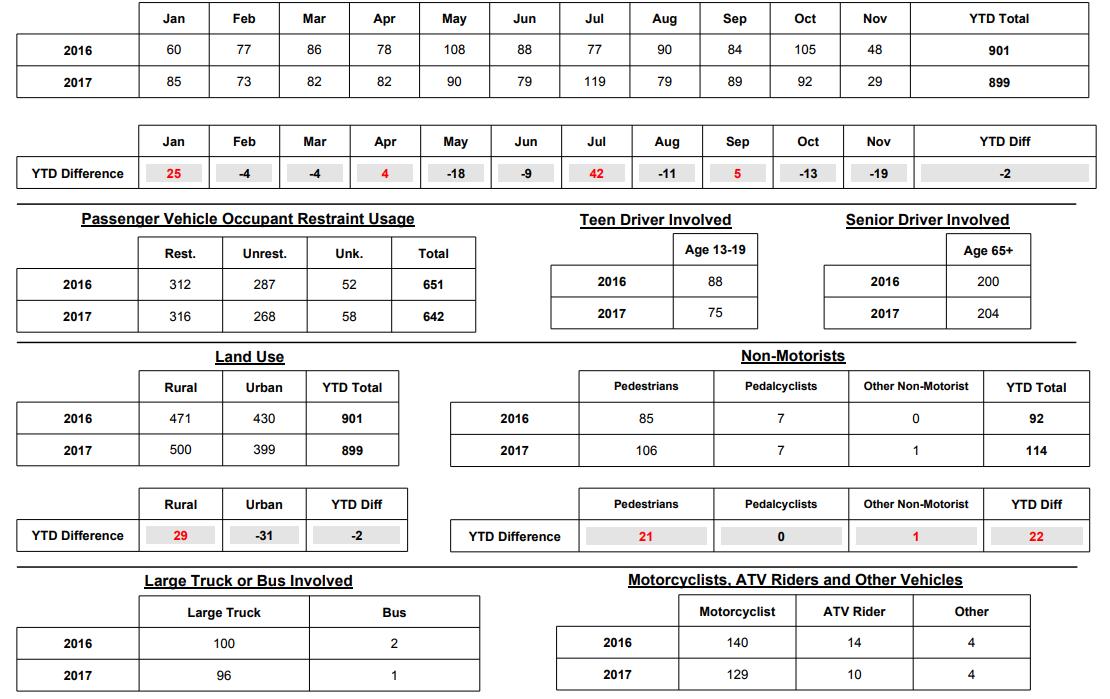 As the year is quickly coming to an end, the Tennessee Highway Patrol is urging everyone to drive safely and lower the traffic fatalities on Tennessee roads.

So far in 2017, 899 people have lost their lives on Tennessee roads. Last year at this time, that number was sitting at 901 traffic fatalities.